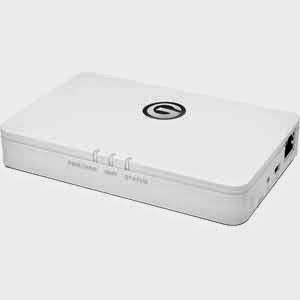 Here at fortysomegeek's blog, I like to cover out-dated, overlooked last year's electronics. Here, today, I am going to discuss Hitachi owned G-Technology's G-Connect 500GB drive. This was introduced at $200 initially and was recently blown out at Fry's electronics for $39.99.

So what is it? It is a 2.5" small NAS wi-fi (or you can use ethernet) media server/drive for your iPad/iOS devices or (in some case Android). It can also be used as a bulky portable 2.5" external drive.When introduced, it got scathing reviews and sure, I would hate it at $200 or even $100. But at $40, it is pretty fly and let me explain.


I was at Fry's and Fry's had boxed OEM Western Digital 500GB 2.5" SATA drives for $50 and right next to it on the same shelf were these G-Tech drives for $10 less. I figure if I didn't like it, I'd yank out the drive and use the drive internally.

Now here are the gripes I've read in many previous reviews. First, it has no battery and must be wired. Hence, it is not portable like many of the other competing devices. Sure, this is very true but I don't intend to use it as a portable device but if I did, I can always power it via a USB adapter. It will power just fine as a USB drive connected to a laptop. Secondly, it is USB 2.0 instead of USB 3.0. Thus, you don't want to use this as a portable drive due to the speed and bulkiness. Lastly, the set-up is not intuitive. Hence, all these complaints are valid but again, I got this for $40. So those other reviews slamming this product must be taken into context. At $200, I agree them but at $40, the expectations are different. 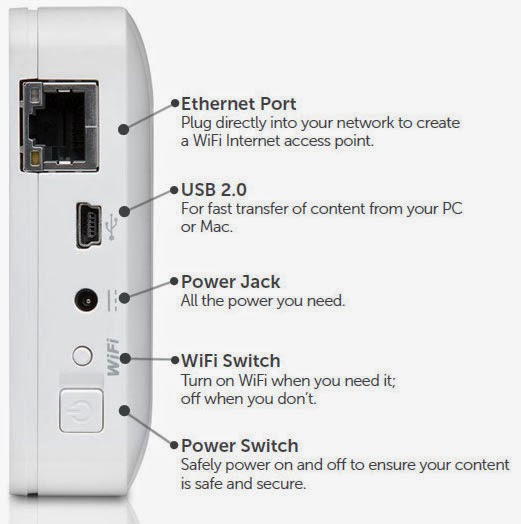 So here are the ports. Ethernet, USB, Wi-Fi-Toggle and Power. If you connect it as a USB drive, the NAS function doesn't work. You can extend this device but adding another drive. It has two modes: NAS media server or portable USB drive. You can use this either on 10/100 Ethernet or Wi-Fi. As a NAS, it will act as a hotspot to serve only media.

This drive supports HFS+ and you can use it as a TimeMachine backup server. Again for $40, that is cool. It also supports iTunes and DLNA streaming. You can set up a folder, throw a bunch of movies into it and have it accessible via iTunes Share and/or DLNA. It also acts as a normal AppleTalk share file server. Not bad but not great. It isn't super fast but it gets the job done.

The mobile apps (iOS and Android) are very out-dated. It doesn't support iPhone 5(s) higher resolution so you will get cropped letter-boxing. The Android app crashes on every Android device I have so I can't comment. The iPad app works great as it appears to be the main focus. For Windows 8 and Android work-around, you can always use any DLNA client instead of the app to get your streaming fix. It will stream whatever your device supports. E.G. h2.64 mostly. WMV files won't stream to an iPad but I had not problems streaming to a Windows tablet or my Android phone. It works with ChromeBooks using HTML browser interface but the playback was choppy even connected to Ethernet. 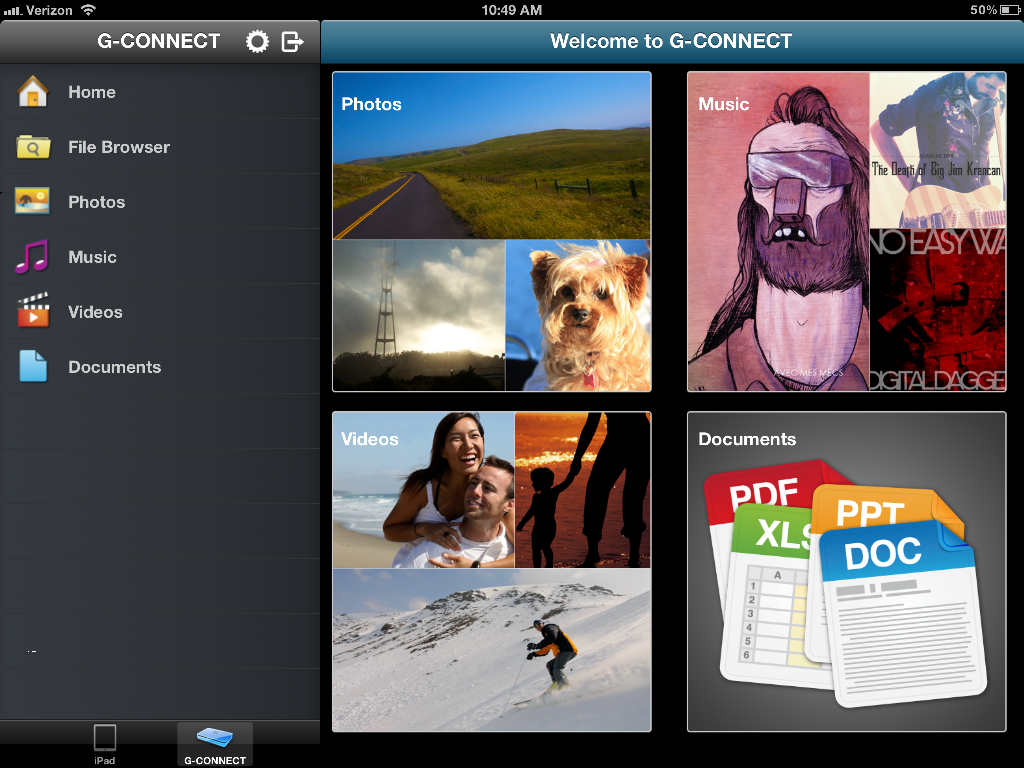 Overall, the only complaint I have is the lack of multiple user login accounts. You are either admin or guest.

Now for my real reason for getting this device. I can easily re-produce all the functionality of this device around the house. My biggest usage is PLEX at home and the problem with PLEX is that it is advertised to anyone on my home network. My 6 year old can easily call up PLEX on his tablet, Chromebook, iOS device and watch any movies on his own. I wanted a private media server for my stuff which the kids don't have access to. So instead of setting up something completely new, this solved my problems. At $40, it was a no brainer. If I want something on it, I mount it as an Apple Share and copy files over or in rare situations, plug it in as a USB drive. I'll probably pick another one up when it goes back on sale again. The going price for this is $55-65 in the discount bin of most retailers.


Posted by fortysomethinggeek at 9:33 AM No comments: 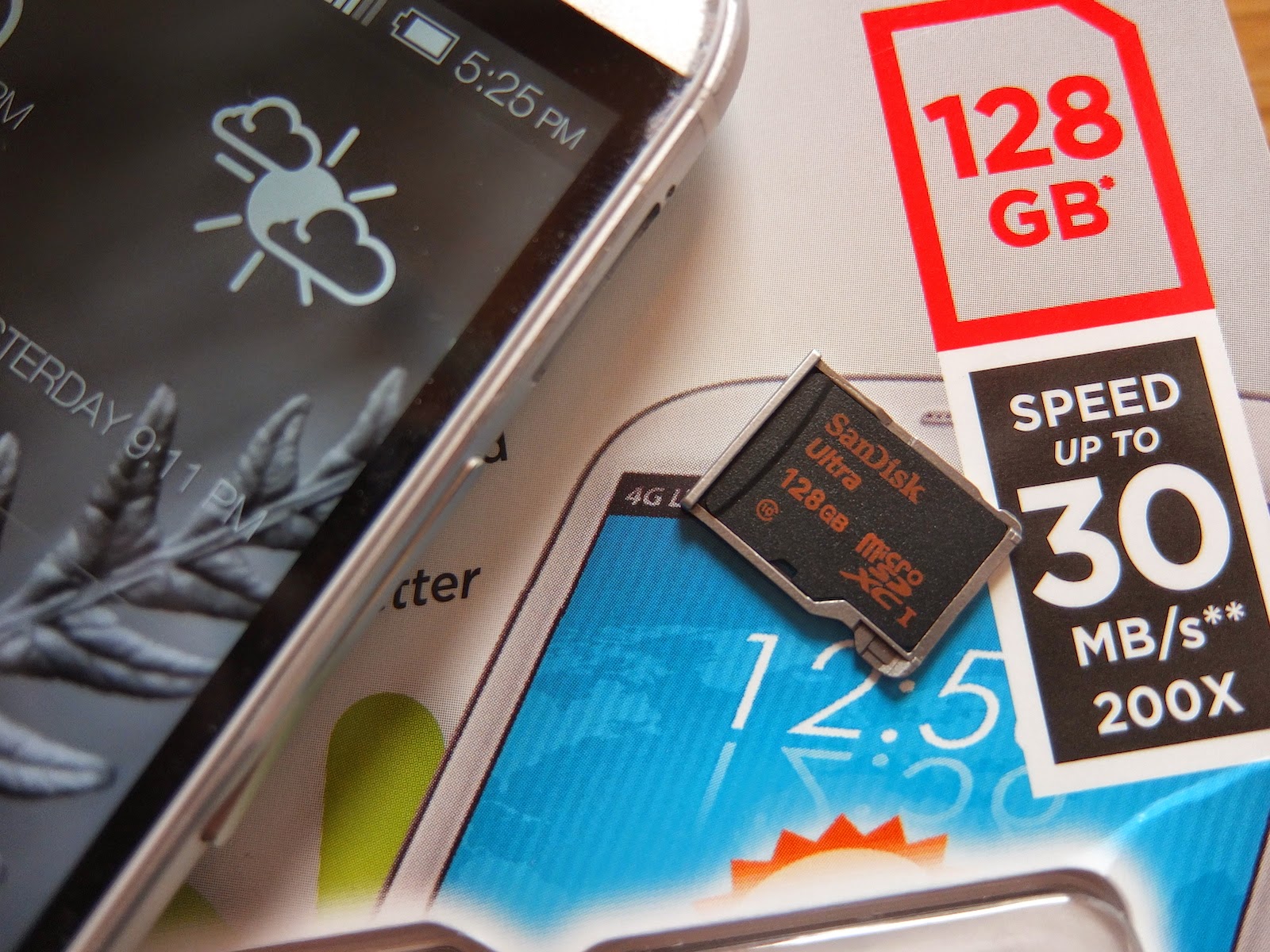 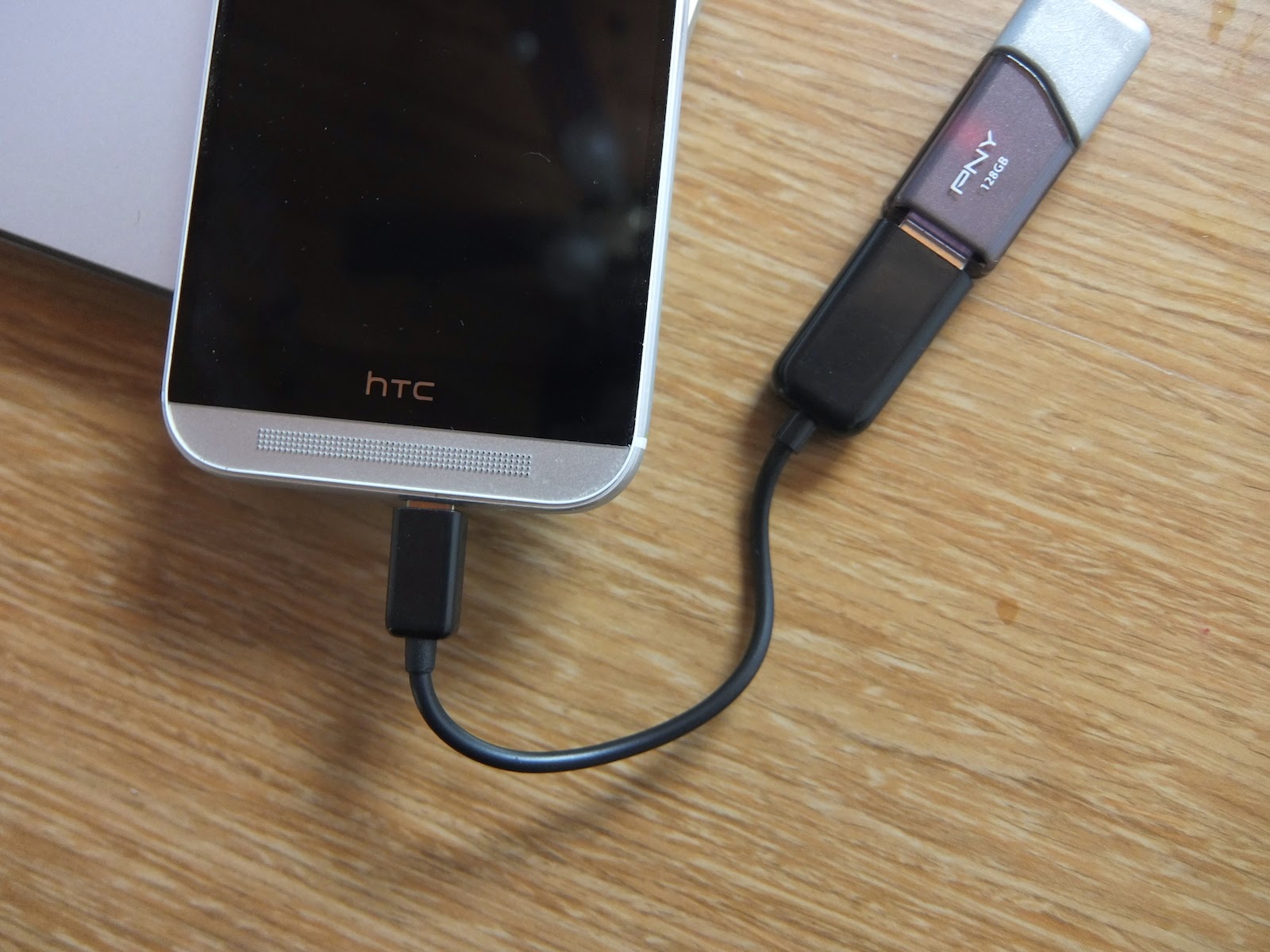 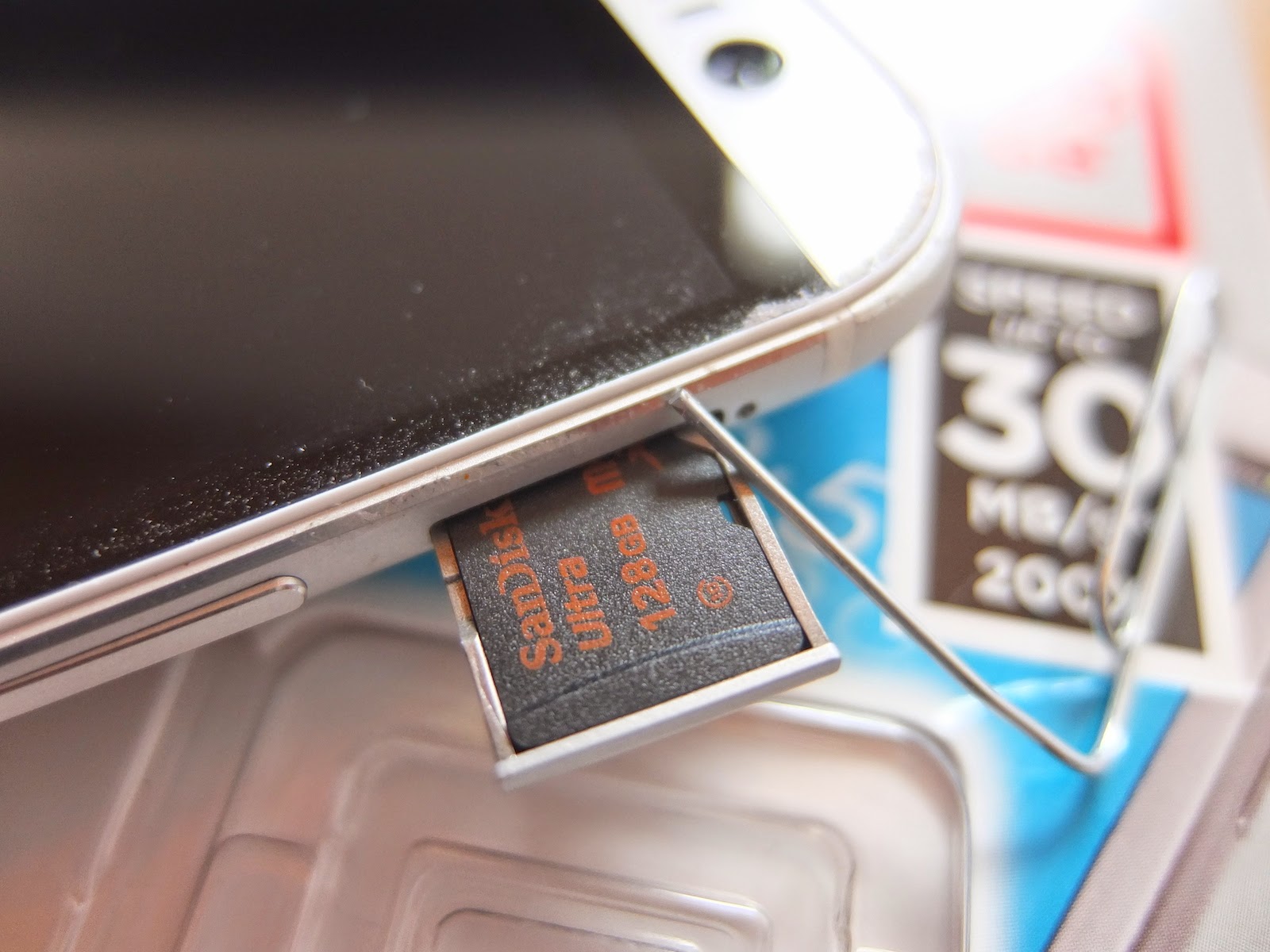 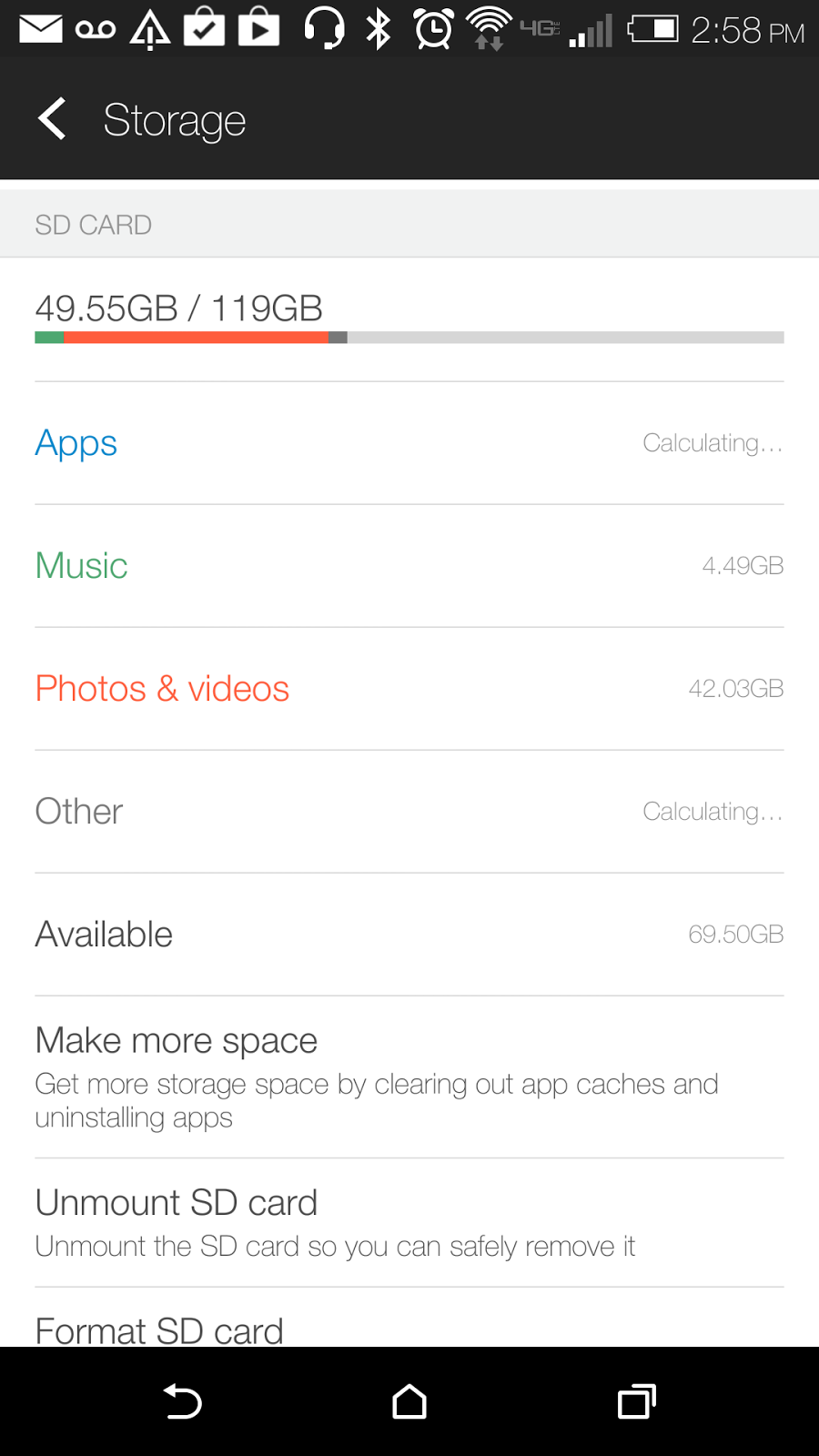 So I went to Fry's today and bought myself one of those portable NAS wireless drives because it was cheap. Low and behold, it wasn't new. 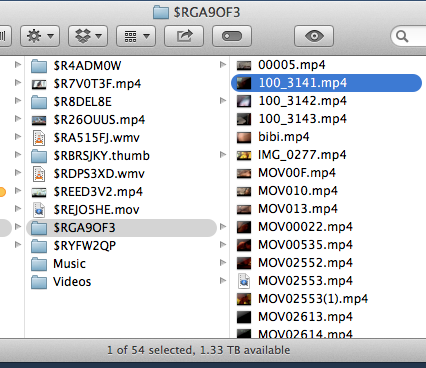 I think I'm gonna return this drive and put up a stink about it. It was apparent he had the drive more than his 15 day return window as there were files from March to December 2013. Strange, it was repacked as new with the plastic wrappers. Maybe he works at Fry's.


Posted by fortysomethinggeek at 10:38 PM No comments:

I always keep my eyes out for Rockchip type Android TV boxes for fun. Today, I find an interesting specimen that is reminiscent of the new 2014 Apple Mac pro.

What do you think? See the resemblance. 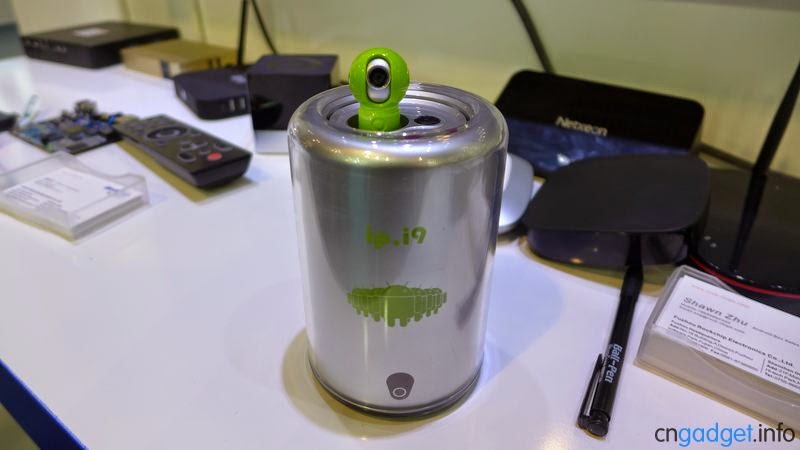 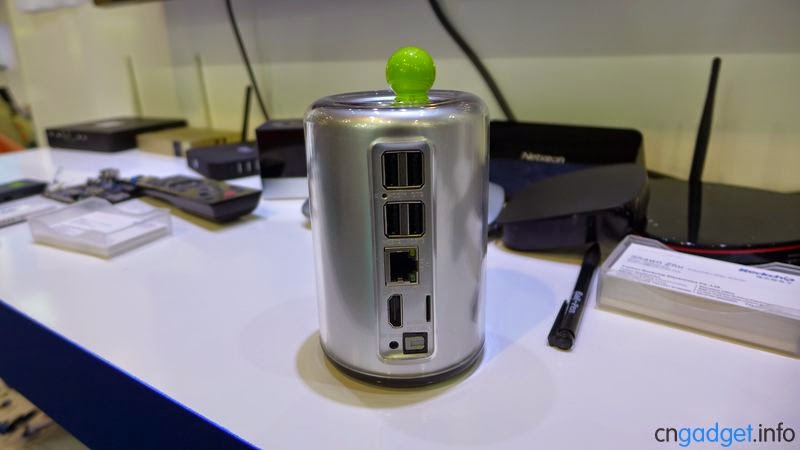 Posted by fortysomethinggeek at 6:41 PM No comments: