I'm definitely getting old.  The picture you see above is a Cobalt Qube and Raq. It was one of the first micro internet, low processor appliance. I just retired two of them after 14 years of active duty.

They were cool because they ran off a MIPs RISC processor with a small custom build of netBSD (and later Redhat Linux). I believe they were released in late 1999 or early 2000. Compare this to a Pentium Pro at the time, these consumed much less power. They were highly efficient.

I've used over a dozen Cobalt appliances in my career. Cobalt was an independent company which later was bought out by Sun Microsystems. We had a bunch of them because they matched our Silicon Graphics (SGI) full size servers. We basically had a monster dual rack size super computer and the Cobalt had that similar quirky color scheme. We had one of those pretty slick looking server rooms with high end SGI gear with lighting. Purple and blue was pretty cool back then. Now, we have boring black server racks. Black replaced beige.

At first, they were used for everything - Web, FTP, DNS, and mail servers. Those services were eventually retired to other, newer servers with the exception of DNS. With 6GB of storage at the time, FTP server was problematic and we constantly had to clean out the filesystem. But for a DNS (Domain Name Server), they worked great for years and years. Light weight, low power and simply reliable. 14 years is a long run but we had spare parts. Everything we needed to do was a terminal access away. 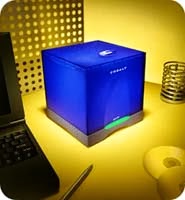 The Qubes were eventually replaced with Raqs due to space constraints. I still have a fondness for these little machines. Come to think of it, a $15 Pogo plug can probably do everything these do now. I don't think these devices will have cult status like a Mac Classic Plus.

The only reason why I retired them is because the old versions of BIND were susceptible to security attacks. It was time to move on. Also, the boot times are atrocious. They had slow IDE drives and now take about 20 minutes to boot after various disk checks. 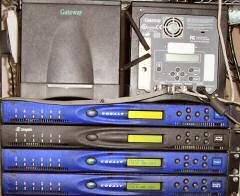