Last of the UMPC/MID BenQ S6 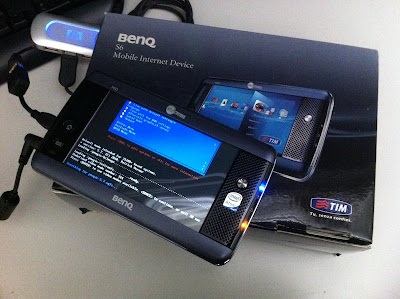 This post may be 4 years too late.  MIDs (Mobile Internet Devices) and UMPC (Ultra Mobile Portable Computers) have been overtaken by new, lightweight tablets like the iPad. In 2008, this particular model went for a pricey $420 euros or roughly $450 US.


Retailers have recently unloaded some N-O-S (new old stock) inventory of the Benq S6 (BenQ has since gone belly up) at an amazing price of $60 shipped. They had this in cold storage somewhere for over four years!

So what is so special about this device? Well, long before the iPad, this was one of those few UMPC devices to sport a full x86 processor. It was incredibly small compared to its contemporaries. In theory, you can install any x86 OS that is supported by the hardware such as GNU/Linux or Windows 98.

It runs a 800mhz Atom CPU and an Intel GMA 500 GPU. It also sports a 3G WLAN modem and sports some of the accouterments such as  USB and microsd. Unfortunately, it has an anemic 2GB of SSD storage and 512MB of RAM. Later models came with 8GB of disk storage to accomodate Windows XP. This particular model originally came with Red Flag Linux.

So I bit the bullet and took a gamble. Worst case scenario, I figure I could MacGyver jerry-rig this device into something like a MAME console, in-car 3G wifi hotspot, personal firewall,etc.

I am currently backing up the drive image and I'm going to take a crack at seeing what I can do with it.

There is a renewed interest in the device so I'll post some detail pictures for those interested.

Here are some size comparison. It has a 4.8" screen 800x480 resolution vs a Galaxy Nexus 4.65" 1280x720 screen. Physically, the have the similar viewable area. I was cloning the drive with Clonezilla when I took these photos. 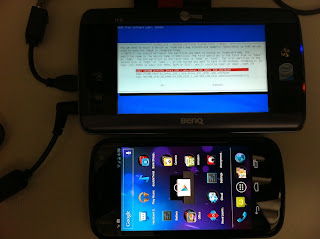 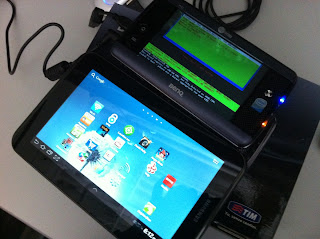 Thickness. It is twice the size of the GNEX and approximately as thick as a box of Altoids. 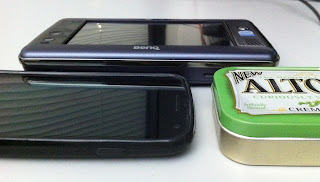 This is the default OS running Red Flag Linux. It has some basic Office apps, MP3 music player, video, photo viewer, Pidgin messaging and a midori like browser. There is about 400MB free but you do have the option of adding micro-sd cards and USB storage. As you can see, this device has some Italian carrier branding. I assume this was one of those devices subsidized by the telco carrier. 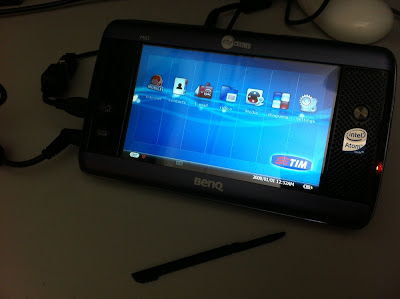 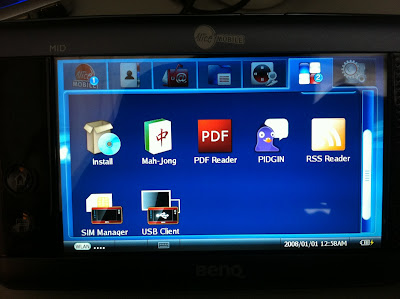 I wanted to see if I could upgrade the internals so I opened it up.

Here are the internals. From top-left:  sd-card reader on riser daughter card. Next to it is the copper colored heatsink fan. Then the middle PCB may be the flash storage. It is marked PLOTECH E169497. I will investigate further and check the ZIF ribbon connectors. The module with the black cover on the top right is a removable HSDPA modem pcie card. Then you have the battery cavity. The panel, based on its markings, is a LG panel. 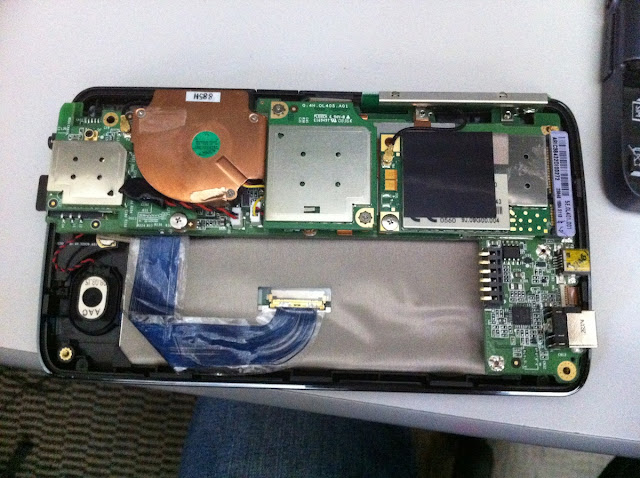 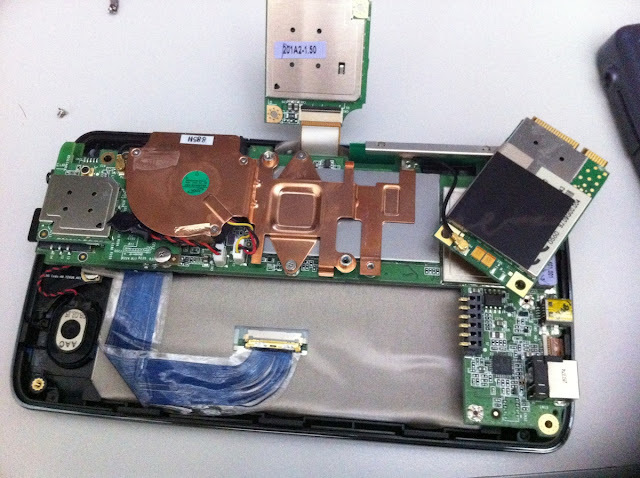 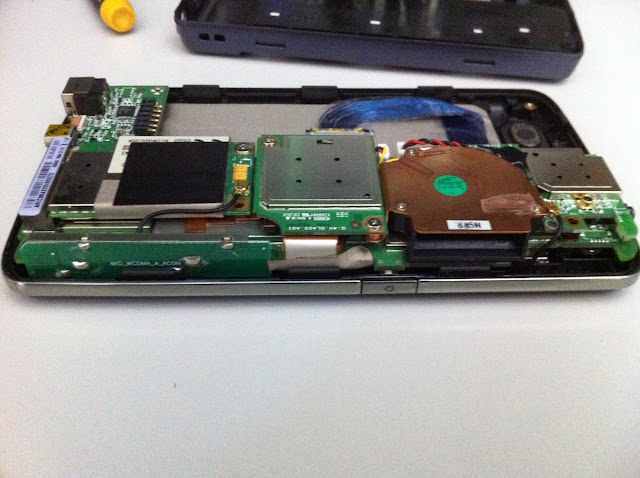 There is something underneath the motherboard inside a heat shield. The top riser is the WLAN antenna daughter card. I will investigate further. 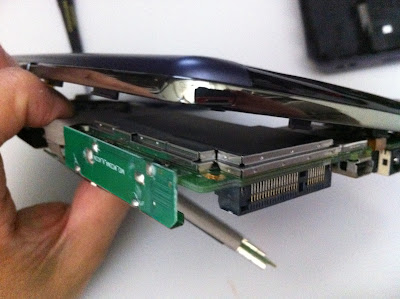 As I wrote earlier, this post is about 4 years late. You will be better served with the thinner, sleeker, lowe powered ARM tablets/phablets/phone devices that can play 1080p video with hours and hours of run-time. This is a gadget for those who like to tinker. There are a few people who have installed a  slimmed down XP running on the 2GB drive.

Should you buy one? The forty something geek in me says no unless you are a die-hard tinkerer.

Here is a Youtube video of it in action.


Posted by fortysomethinggeek at 10:15 PM