People ask why I didn't get a Nexus 7. Well, I already own a Galaxy Tab 2 7" and I saw no need to get another small tablet. I got the Tab 2 at launch and have been using it ever since. I decided to keep my Tab 2 for the reasons below. 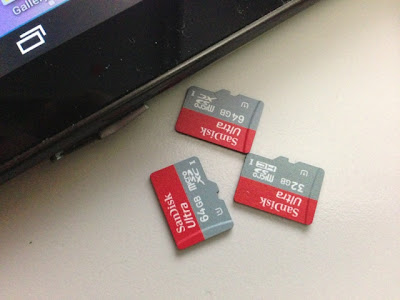 I use it primary as a video player.  I started to use my Tab more during the winter when I wore coats with larger pockets. I'll be using it a bit more until warmer weather comes along.

The Tab 2 is a nice little device. It pretty much plays any video I throw at it ( WMV/MKV/AVI) with the default player. Sure, there are other players on the market but it is nice to know the default player handles them.

USB OTG works out of the box; without rooting. I normally have 64GB on my internal SD card slot and I can add more. I often have up to 256GB of portable storage (bus powered) . Sure, you can dock a 3TB external desktop drive but it is nice to know you can use a cheap OTG adapter and a few USB sticks for days of video playback.

Galaxy Tab 2 vs Nexus 7? Well, 64GB on board (via microSDHC) is hard to beat. Nexus 7 has a better screen and faster processor. It also has the ability to use cellular connectivity on the $300 model. 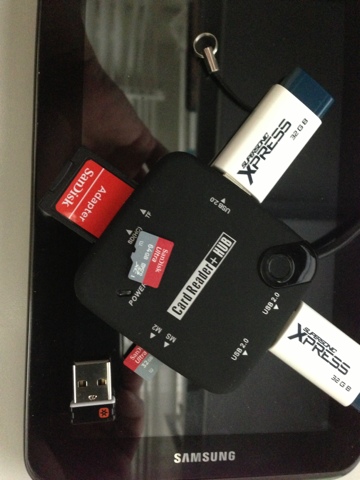 This particular OTG dongle has 3 USB ports and various flash card inputs. I often use my TAB 2 as a remote console with a USB keyboard. 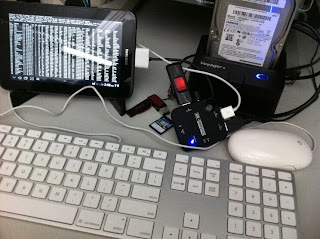 There is one major drawback. The tablet only supports FAT and FAT32 through external storage. This means you can only store video files smaller than 4GB. There are a few other tablets that support NTFS or EXT3 which overcomes this limitation. Ultimately, this means you cant store a 6-10GB mkv file on a SD card.

The TAB 2s are currently being discounted right now and I've seen them go as low as $180 at CostCo.
If you are looking for an alternative to the Nexus 7, take a look at the TAB. It also has another nice feature that is unique to itself; an infrared sensor that makes the tablet a large universal remote control.

Posted by fortysomethinggeek at 10:26 AM