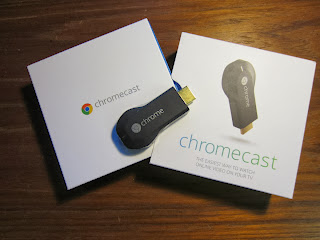 OK, so I broke down and bought a Google Chromecast. Early on, I figure I didn't have a need for it since all my TVs have some form of Netflix, Youtube playback. I also have an AppleTV for screen casting and iTunes movie playback. The Chromecast appeared to be redundant and un-necessary for my needs.

So why did I get one? Simple. They finally added PLEX support. Yep, the latest updates now support PLEX playback for PlexPass members which I happen to be. I figure I could cut my electricity usage even further. I was using a combination of HTPC, iPad, and GoogleTV to watch PLEX in my living room. With a HTPC, I was still burning un-necessary KwH of electricity leaving it on days and weeks at a time just for PLEX. I was also an inch away from picking up a refrurb ROKU unit for another room just for PLEX. However, the latest updates and recent holiday promos, I decided to just bite the bullet. 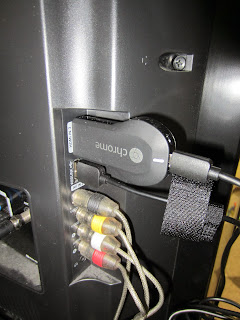 So how does it work. Brilliant. I configured everything from my iPhone, browsed PLEX on my iPhone and voila. PLEX via Chromecast. The whole process took less than 5 minutes. 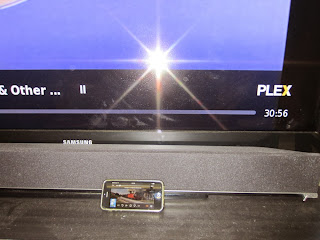 Now, there are some issues. I can't seem to swap audio channels and have no way of knowing DTS or AC3 5.1 surround is enabled. There is no way to swap audio tracks. I figure there will be a future software update to fix this.

Playing PLEX is pretty cool as you can go back on the app and pick up what you are watching and scrub (rewind/fast-forward) your position. With apps like youtube, once you initiate a playback, you can't control it if you end up doing something else.

Speaking of Youtube, the 1080p playback is flawless. I fired up some videos from my Macbook and was generally impressed. The only thing that bothered me was if I closed my browser or swap to my phone, there was no way to control the playback on the television. 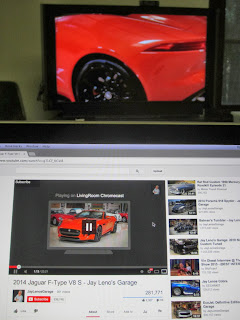 Netflix from the phone worked pretty good as well. However, I can't seem to find a way to enable stuff like subtitles yet. 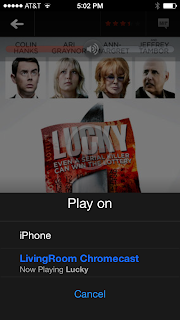 Screen Tab/sharing is pretty lame compared to Apple Airplay. The quality was generally to low and frame rates too slow for me to bother with. Apple's Airplay is brilliant, period.

Overall, I am impressed. Sure, it is a limited device. If you already own an AppleTV, getting a Chromecast was pretty redundant until they recently added PLEX support. I know you can get PLEX on AppleTV with some DNS hacks but I didn't want to go there. So how does the AppleTV vs Chromecast compare? It is hard to say because both devices do different things. AppleTV can be a stand-alone device. The in-laws can operate it without problem. The Chromecast requires a device to control it. If I told my dad to play Netflix on the Chromecast, he will never figure it out. Plus, I use my AppleTV to listen to music quite a bit off my 20,000 plus iTunes library along with iTunes Match/Radio.

I also happen to have a bunch of other Android/Google TV devices that can do Chromecasting using apps (MiiPC, Logitech Revue, a few Android sticks) but $30 or so for a plug-n-play solution was a bit of a no brainer for me.

However, the Chromecast is cheap that I plan to get another one for the nursery. It is that good of a device and in this household, there is no need to take sides.

Posted by fortysomethinggeek at 7:25 AM