So Apple put out a pretty cinematic TV ad, shot entirely on the iPhone. The director was Ridley Scott's son, the editor was the legendary Angus Wall and Lee Clow (Creative Director of the original 1984 Ad) collaborated. The video is pretty impressive but what I liked the most from reading the "behind the scenes" was not about the technology being used. It was .....

It was the chairs. Damn right, I was drooling over the Aluminum Group chairs used by the editing crew. So many of them! I was sitting in my Soft Pad Aluminum Group chair all weekend at home; wondering if I'd ever get the similar chairs at work in the office. That would be such a great perk to have. I rarely sit on mine because I'm rarely in my bedroom office. Most of the time, it is draped under a throw to protect it from the sun but when I sit on mine, I love it. I've been looking to add two more Task Chairs (like the ones pictured below) to compliment my Soft Pad. 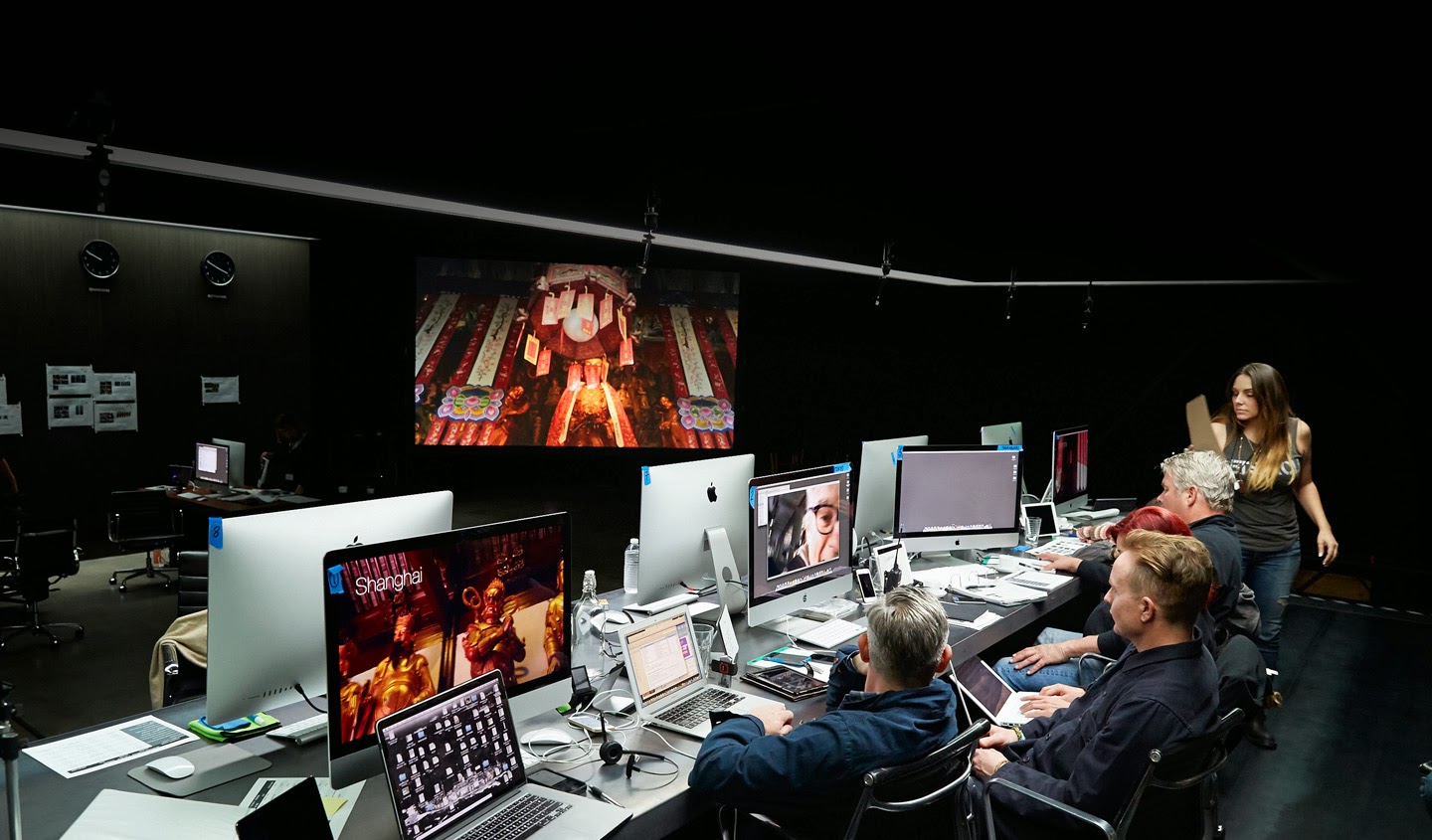 iMacs, Macbook Pros, even the new trash can 2013 Mac Pro? Nah, I'm more interested in those chairs. Money shot right here folks. In 2-3 years when those computers get listed on Craigslist after their obsolescence, these chairs will still be worth money.

Just look at how many Eames Task chairs they have! Everyone has one. And they're not knock-offs either. $3200 a piece. Just drooling. And you thought I was going to talk about computers and gadgets in this post.

Posted by fortysomethinggeek at 8:49 AM