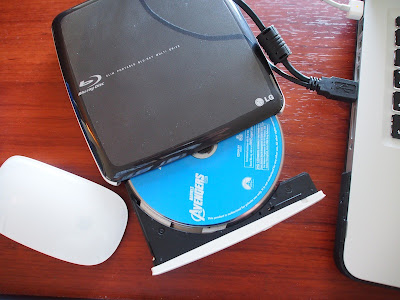 Frys recently had a sale on an LG USB portable BluRay Player for $40. I though to myself, why not.
When I got there, there were only open box models and I was able to score one for around $30 and some change.

I'm still not a big fan of optical drives. I remove them from all my (PC and Mac) laptops and replace the bays with SSDs. However,  a cheap DVD burner is nice to have around and it is another reason for me not to boot into Windows.

So how does it work? Well, there is no supplied blu-ray player for OSX so you need to go out and source one. I went out and bought MacGo's Mac BluRay player. There is a trial if you want to test it out.  I know PC folks will complain that you have to go buy an app. This is a fair argument. However, you will end up doing the same on Windows because the OEM supplied Cyberlink ones are pretty limited.

First of all, performance is fine. I thought USB 2.0 limited bandwidth would cause problems and it did on some machines. I simply moved the USB cable to another port which usually solved it. No stuttering  or lag issues. I played the LG player on both my Macbook and MacPro.

Secondly, the MacGo's player does the job at a cost. It doesn't use the native built-in Blu Ray menus. You wont be getting those snazzy 3D animated intro menus. Maybe I did something wrong but I tried all the prefs and could not enable it. I've seen this before on Linux and other cheap bluray players. It can be a distraction but you still get access to all the content. See below.

For some people, this may be a GOOD thing.  I was able to skip all those "required" movie trailers and commercials that even plague my Sony BluRay player in the living room. 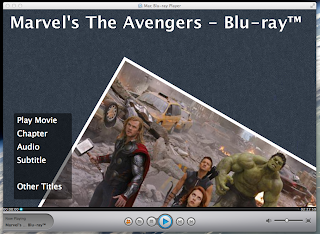 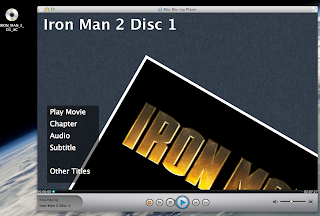 You do have the option of playing off an .iso disk image and from ripped folders/files. 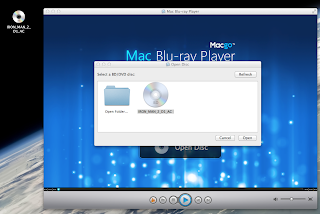 Like I wrote earlier, performance wise, it does the job, You can watch Blu Ray movies on current Macs. I was able to play some the of the latest titles without issue like the Avengers. 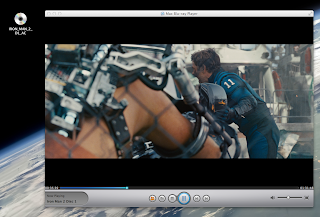 Conclusion:
I was happy enough to go buy an 5.25" internal SATA LG BluRay recorder (also on sale at Frys) for my MacPro.

I wont be watching much BluRay movies on the Mac or (PC if ever). I normally just rip them to hard disk and re-encode down to 1080p 6GB h.264 MP4 so I can watch on my iPad or via XBMC.

Again, I now have another reason not to boot into native Windows. I was able to mount the BluRay player in VirtualBox on my Mac and I can rip BluRay to a shared Virtual drive. Encoding will be done natively on the Mac via Handbrake. 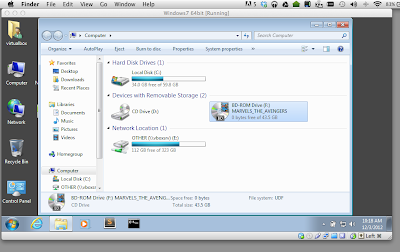 
Posted by fortysomethinggeek at 10:47 AM