Windows and Thunderbolt. What works and what doesn't. 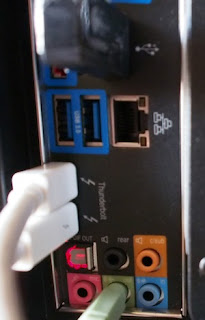 So, I've been playing with Thunderbolt on Windows and here is a follow-up report.

My motherboard is a GIGABYTE GA-Z77X-UP5 TH. I am running an i7-3770K Ivy Bridge CPU with 32GB of RAM. I got to say, it is a very sweet motherboard CPU combo. You can allocate resources and memory in the BIOS. 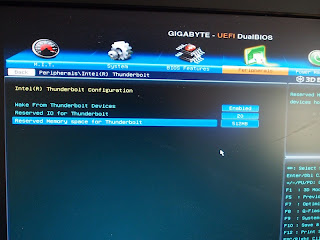 Connected via Thunderbolt. You wont get this performance with USB 3.0. 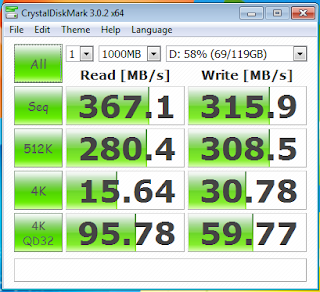 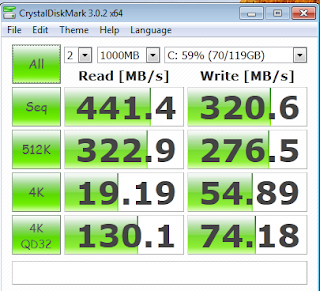 I also tried the LaCie 2big and it shows up in the device manager as drives but since they are in Mac software RAID, I could not mount them. I didn't want to reformat my drives but the drives checked out fine in Windows 7.

Sadly, the new Drobo 5D will not work with Windows via Thunderbolt.

Drobo has posted the following:
http://support.drobo.com/app/answers/detail/a_id/677/~/windows,-thunderbolt,-drobo-5d-%26-drobo-mini

USB 3.0 works on the Drobo 5D just fine. This is a major bummer for those looking to use the Drobo in Windows. This may change in the future.

Thunderbolt mini-Displayport works but I could not do a iMac Target monitor connecting to a Windows machine. Next, displayport via Thunderbolt only works with Intel integrated GPUs. On the Ivy Bridge models, it is the HD4000. I could not get my Kepler Nvidia GPU to pipe the display out to Thunderbolt. 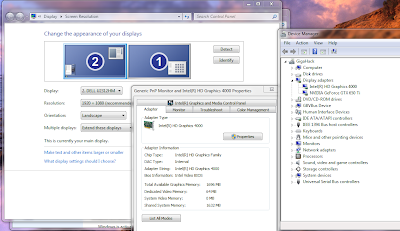 So those are my initial findings. I have not seen any other personal blogs regarding Thunderbolt usage under Windows on the net. Maybe this will be the first post of its kind.

Thunderbolt still seems to be very much a Mac exclusive for the time being.
Posted by fortysomethinggeek at 3:49 PM