Chromebook Pixel or a Macbook Pro 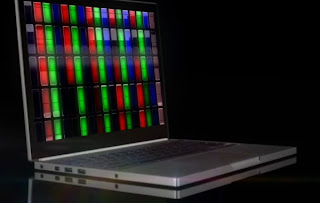 The introduction of the Chromebook Pixel sure raised some eyebrows. I guess I'll pile on some of my own criticism.

I'm pretty sure the hardware is pretty dope but I rather spend the extra money for USB 3.0 and Thunderbolt, a faster i5 CPU, 8GB of RAM and expandable SSD storage up to 256GB on the 13" Retina Macbook Pro. In fact, you can get an Apple refurb for $1260. Some retailers are selling new ones for a hair over $1300 with Applecare. They are that close. Worst case scenario, you spend $200 more at full retail for a Retina Macbook Pro.

So, the ChromeOS fanboys will tell you it is all about the OS. OK, I can accept that.

But think about this for a second, you can get yourself a Class 10 MicroSDHC card and install Chrome OS yourself on a macbook. I prefer the microSD route because it is flushed and cleaner.
32GB and 64GB UH-S1 Class 10 cards are pretty cheap. 32GB for $20. If you are a good shopper, you may be able to pick up a 64GB for $40. 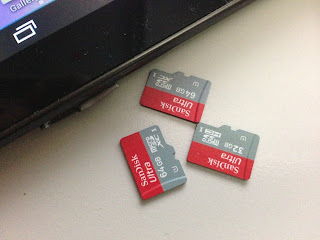 Then you get yourself a $30 nifty mini drive or even a cheaper 3rd party knock off mini drive flushed card reader. 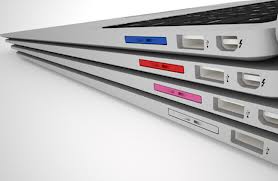 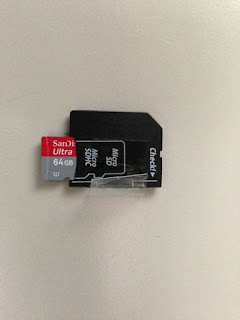 Then you install Hexxah's Chromium OS by going to http://chromeos.hexxeh.net/.
Install on a Macbook which will allow sdcard booting into Chrome OS. 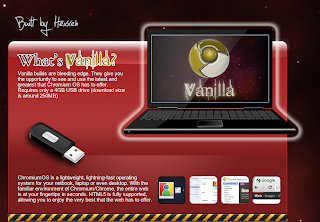 Then voila, you have yourself an Aluminum Chromebook with USB 3.0, the nice Thunderbolt ports, up to 256GB of SSD. You can 5-6 way boot off a Mac running: OSX Mountain Lion, Windows 8, any Linux Distro, Open Indiana (Solaris), FreeBSD, and ChromeOS in the sdcard slot. Do you still  feel limited by even a 128/256 GB SSD? Thunderbolt booting is extremely fast on Macs. They are just as fast as native SATA III internal drives as I've shown on my blog a few times. Have your "web browser" OS build on the default drive and come home or to the office with a bootable workstation build from a Thunderbolt RAID array.

So is that touchscreen really worth the premium? Considering that you can't pinch-n-zoom in the browser and there are very few multitouch gestures, Chrome OS is not touched optimized.
If you value the touch screen so much, the Chromebook Pixel makes the Microsoft Surface Pro a killer bargain at $999 ($1120 with keyboard).

Now, that 2560x1700 is pretty amazing. It trumps the Retina 13" 2560x1600. Well, not so fast. According to CNET reports, they both do pixel doubling but unlike the Macbook, the ChromeBook won't allow you to uprez. The Chromebook is unscaleable with a perceived pixel doubled 1,280x850 resolution.  Text will be sharper like it is on the iPad 3/4. However, UI elements and everything else is pixel doubled.

The Macbook 13 is also pixel doubled at 1440X900. The Macbook will still give you more visible desktop view if you compared side to side. 1440x900 will show more elements than a 1280x850 desktop. This includes running two browser side-by-side or doing things like Firebug. On the Mac, there are sliding scale-able options for more desktop resolution up to 1980x1200. However,  there is one important thing that seperates the Retina Macbook from the Chromebook Pixel. You can unlock the full resolution using various utilities or the command line terminal. You can unlock the full 2560x1600  on the 13 or 2880x1800 on the 15" to get what people call "true retina." True retina is native 100 % dpi with no pixel doubling. See the photo below. 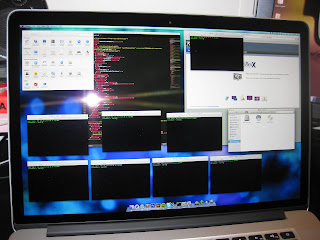 Sure, there are reports of Chromebook booting into Linux Mint and Ubuntu. Booting into another Linux distro is probably the only way to unlock the full resolution. Those blog posts forget to emphasize the fact drivers have just been submitted to the Linux kernel and as of this writing, you won't get touch screen, nor trackpad, nor HiDPi with any Linux distro on the chromebook. You'll be hanging an external mouse off that Pixel. You will also have to hit CTRL-D a few times at boot since the boot process isn't that smooth and you only have 32 to 64 GB to play with.

Can someone tell me the $1300 value of the Chromebook Pixel? I'm always open to new computing paradigms. The $200-$250 Amazon best seller Chromebooks from Acer and Samsung make sense. There is nothing in that price bracket that is competitive at $200. This is the reason why they sell well at the low-end. They're disposable! At $1300, we have a lot of options over a Pixel. And $1300 is not disposable.

If this device had 8 to 16GB of RAM with expandable SSD storage, I would consider it despite the lack of I/O compared to an Apple product.

So who are these Cloud "power users" I read about? Apparently they are the intended market for this device.

Posted by fortysomethinggeek at 9:00 AM