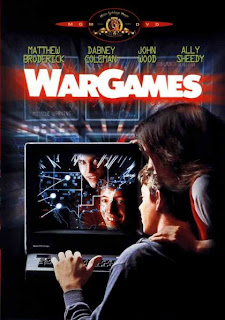 War Games, released in June of 1983, is an instant 80's movie classic starring Matthew Broderick and Ally Sheedy. This is probably the first hacker movie to depict hacking/phreaking in the early 80s.
It is now on NetFlix streaming and I've watched it again on my iPad during a lazy Sunday afternoon. 29 years later, the movie still resonates.

Set during the Cold War, this thriller is about how a Seattle teenager, Matthew Broderick, accidentally hacks his ways into NORAD's super computer.

Now, the film's technology seems a bit dated. The super computer,WOPR, is a Hollywood's contraption. There are  8 inch floppies and 1200 baud modems showcased in the film.
However, despite the dated tech and 29 years of technology advances, I still find the film remarkable for a geek.

Sure, the movie starts out very slowly. It takes about 30 minutes to get any traction. What surprised me with a revisited viewing is how many of the "hacking/phreaking" is still relevant today.
Broderick's character isn't some geek genius. He is more of a script kiddy who relies on a lot of  "social engineering." 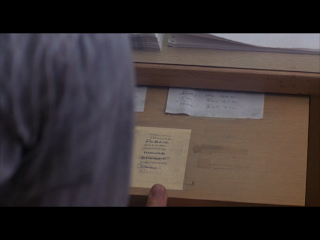 He gets the school's password by getting himself in trouble and getting sent to the Principle's office. He finds the backdoor password of the Pentagon's super computer by old-fashion sleuthing at the local library and studying its creator. Even Symantec has a good article on Social engineering citing example from this movie.

At the time when the movie was first release, I was in junior high school, playing with my Amiga 500. I had no idea or concept of "backdoor" and the whole plot/storyline was riveting.

The movie has been very influential for a modern generation of geeks.Google even hosted a 25th anniversary screening a while back.


Wikipedia notes some of its influences. It coined the word Firewall and his brute-force dialing also coined the phrase "war dialing." The Hacker's DefCon annual summer hacking convention was aptly titled and influenced from War Games.

This film is a historical snapshot of what life was like in the 1980s. The large 5 1/2" floppies, the dial tone BBS dialing, the 25 cent Galaga arcade.
The stereotype of geeks is still relevant. 29 years later, in the scene where Broderick gets the advice of his friends, I can see the "bearded" fat UNIX guy. 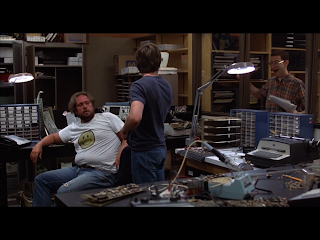 The movie was definitely ahead of its time; recognizing the future of inter connectivity (the Internet) and the related security issues we now face. It also tells a moral story of not relying on technology too much. The scene where Broderick books a flight to Paris for Ally Sheedy online  was unfathomable in 1983. Today, we take that for granted.


It was a much different time back then and we forget that not every family had computers back then. The Intenet was still a military and academic network. How times has changed. I highly recommend you watch War Games (again or for the first time).

There is a reboot in the works and I fear it wont live up to the original (Footloose anyone?)


In closing, it was very interesting to revisit this 80's thriller armed with the knowledge of how technology has evolved in the past 30 years. If you can overlook the dated technical computers and concepts, this is actually a very good movie. 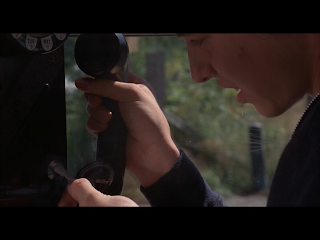 
Posted by fortysomethinggeek at 5:08 PM