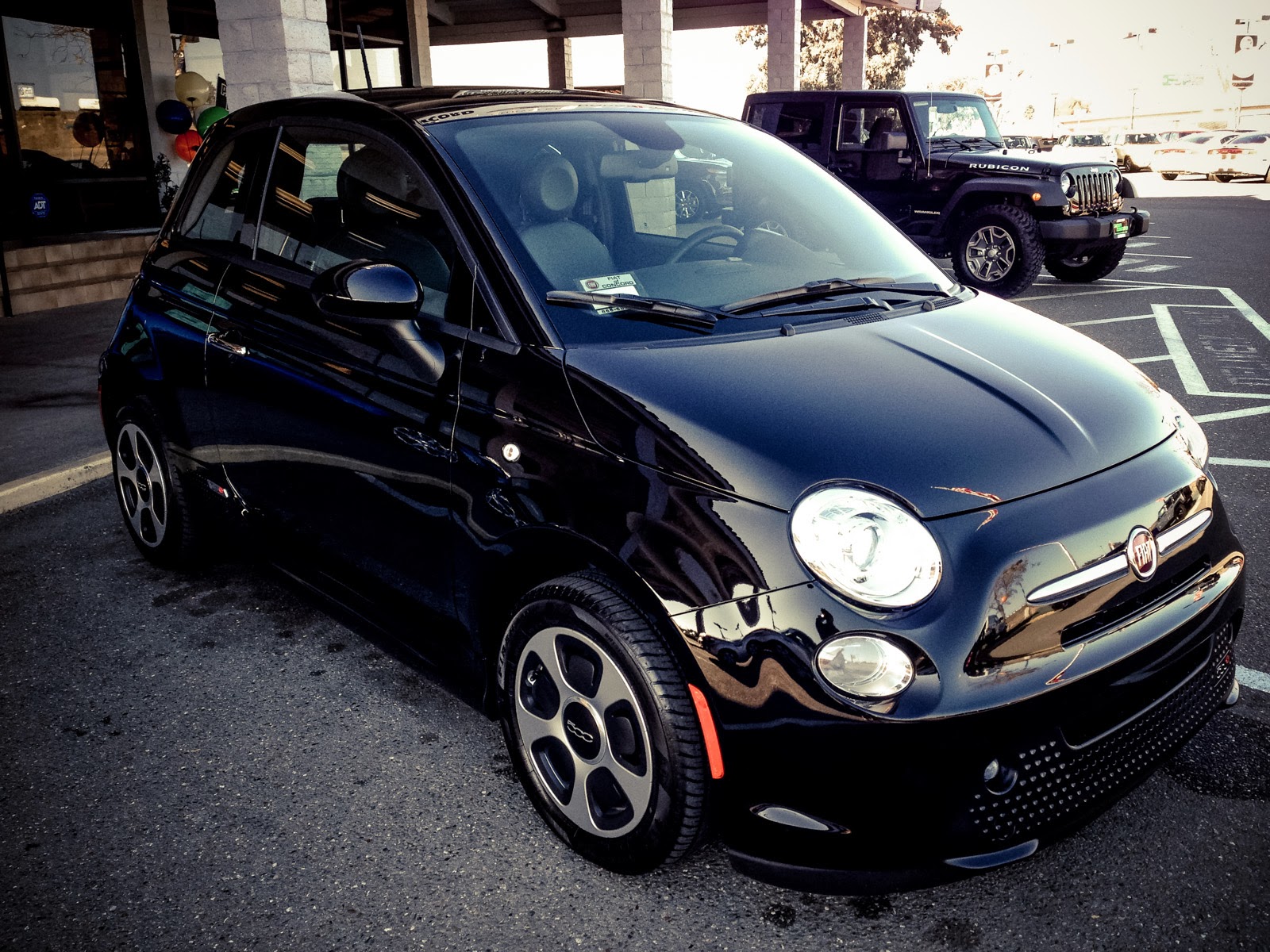 Many of you readers know I have an Fiat 500E electric car as a commuter. Today, I broke the 10,000 miles marker. It has been 10 months since and I have not yet entered a gas station. It is pretty flabbergasting to think that I drive by multiple gas stations everyday and do not even have a clue about current gas prices.

Hence, this is an update for those curious. 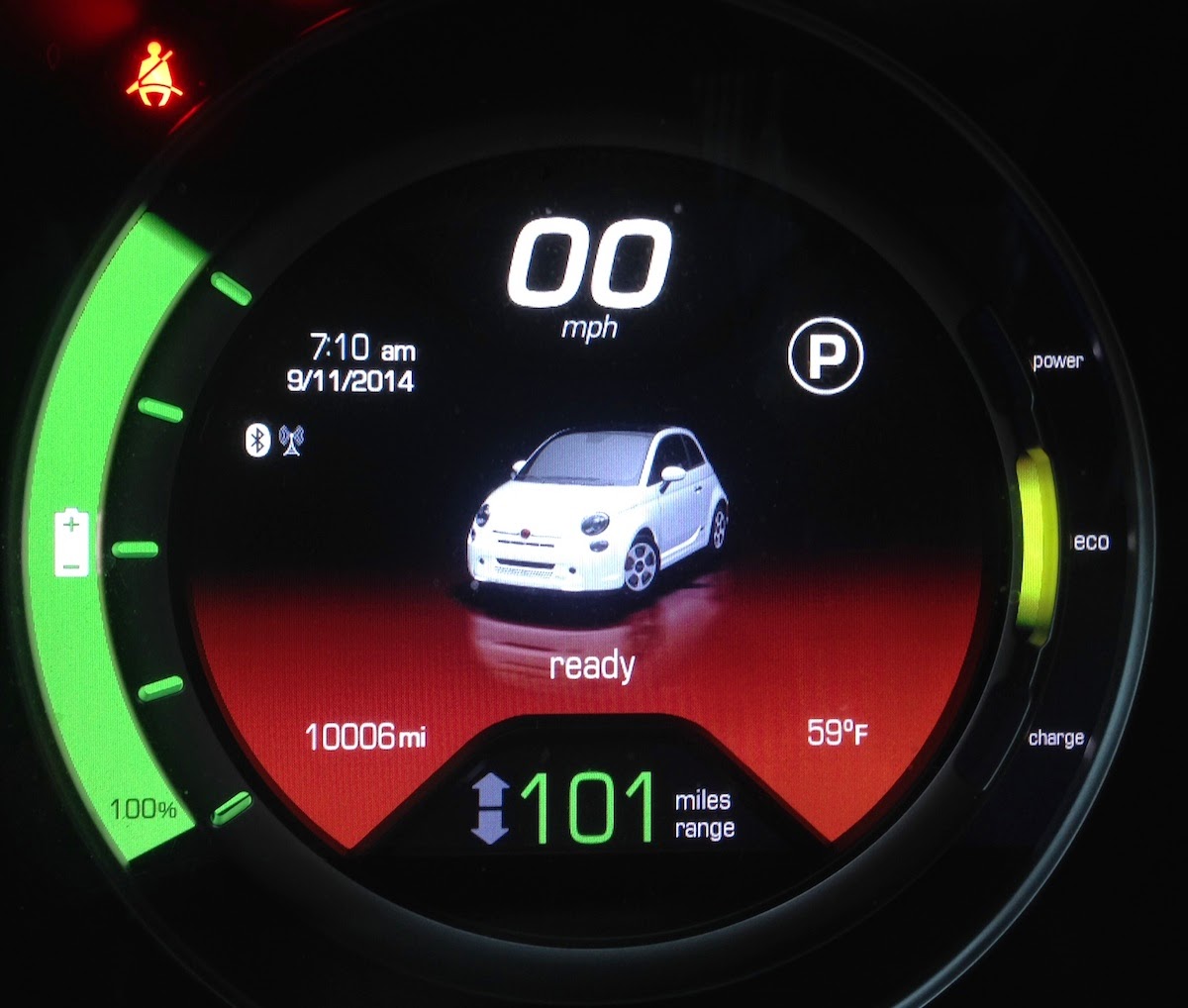 I started my morning with an average range of 101 miles. Some days it can go as high as 111 miles. The car has an EPA range of 88. However, it has surpassed my expectations.

After driving it 15 miles, I still have around 100 mile range and 89% capacity. Folks, this is the effects of regenerative braking. Stop and go commute will do wonders for the batteries. 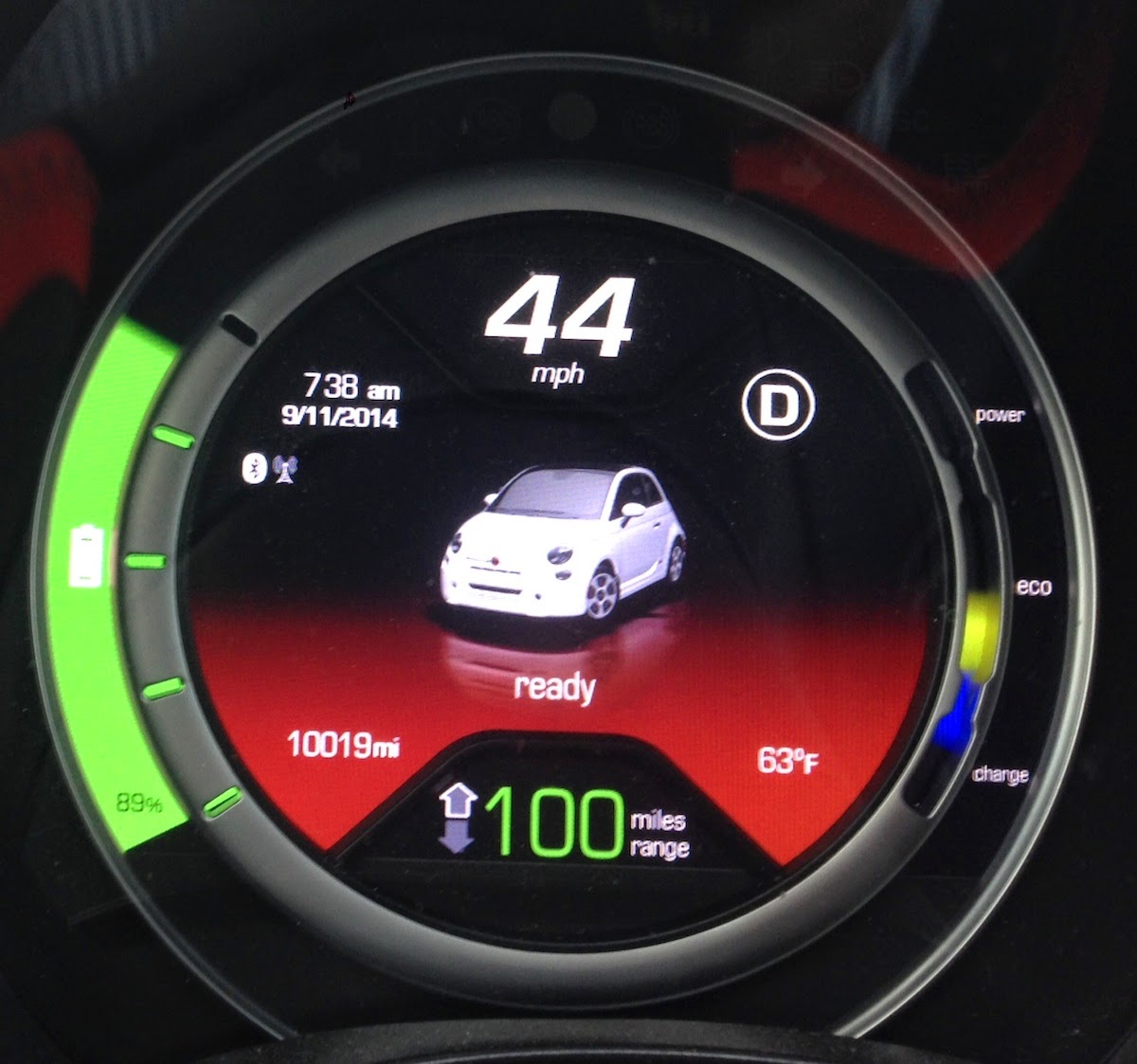 Most importantly, this car has changed my life. Simply because of the perks. Driving in the solo diamond lane, I save a lot of time from my commute. I get to spend more time with my kids. In the morning, I am generally less grumpy. Pictured below is a daily scene. Commuters stuck at the Toll plaza; waiting as long as 30-40 minutes while solo carpoolers like myself just whizz on by. On average, I am saving more than 45 minutes each way. That time simply adds up. I save money on bridge toll. I get to pick up my kids earlier from day care; saving me those costs as well.

I'm actually worried about what happens when my lease ends. I'm contemplating how things will be like when the carpool benefits end in 2019. Yes, you can call me selfish but those perks are just too good.

Now lets talk about fuel economy. After my one-way commute into work, I have about 89 mile range left. I've driven more than 22 miles. Getting back home, my tank will be left with 60 or so miles of range to do errands. Not bad. 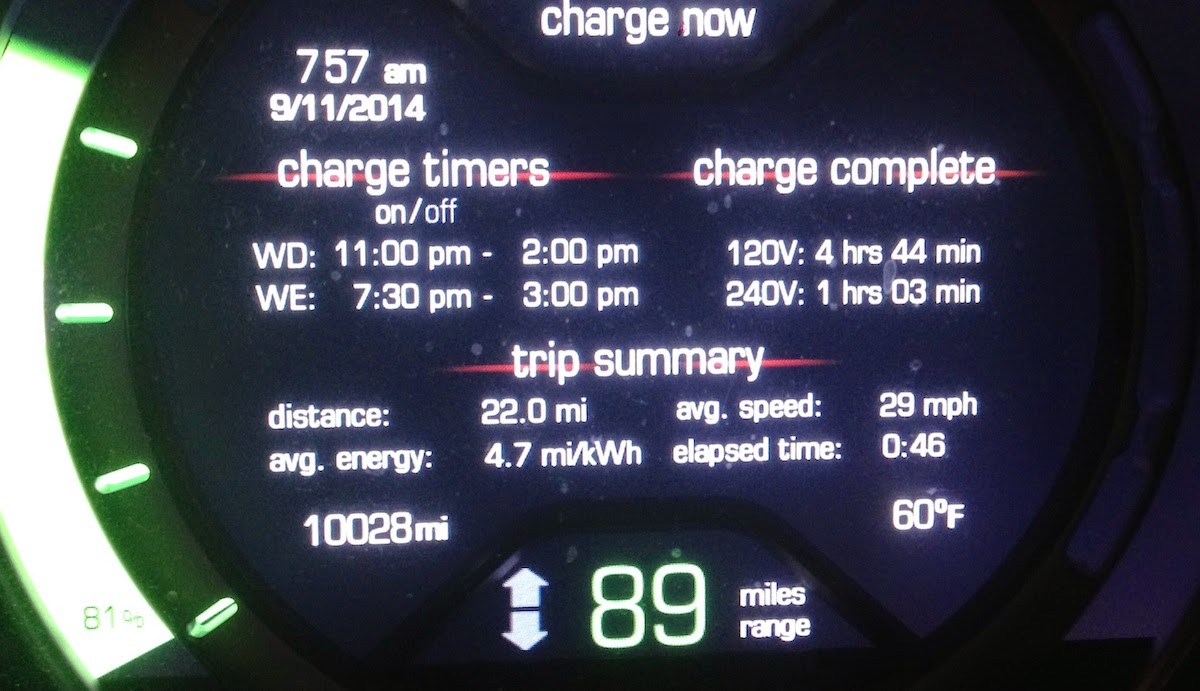 Overall,the car hasn't been giving me any real problems. Like my last update, there were two  more instances where my car did not charge overnight. The car is on a timer and it starts to charge after 11pm for the cheaper rates. I don't know what the cause is. It could be my EVSE charging station, the grid, or the car itself. However, in one case, I notice the plugin electrical connector wasn't fully inserted. I've also notice the EVSE and car sometimes does not fully lock in and engage the connection. So now, I simply plug in, unplug and re-plug it in until I hear an audible click. The audible click tells me the car is fully locked into the charger and is ready to go. Since then, I have not had any charging problems.

After 10 months, I don't get irritated by carpool cheats anymore. When I first got my car and started driving in the HOV lane, I notice rampant carpool cheats. For some reason it really irked me. There are lots of people who want to risk $400-$600 fines just to drive in the carpool lanes. Those drivers are often rude and aggressive. I totally get that people want to get to work and home on time. Everyone is in a rush. By now, I sort of get numb. I simply let them in front of me especially where I know where the cops will hide. I'm beginning to see the patterns of how the police catch these guys and I'm going to keep it my secret. If they cheat, they will eventually get caught by the police. I've had two encounters with Police who didn't think my car was electric until they saw the decals.

So folks, look at the picture above. If you plan to cheat the carpool, the cops will eventually catch you. It is only a matter of time.

So there you have it. Nothing exciting. Same old fun. Same great fuel economy. No gas stations. Simply, a completely different outlook on driving cars.

Posted by fortysomethinggeek at 8:52 AM