In my day job, I tend to keep up to date with relevant technologies and one of the latest web buzzwords today is noSQL. CouchDB, Cassandra, mongoDB, and many other noSQL alternatives have been gaining popularity with the young folks. Like usual, it is my job to keep abreast. I've been keeping myself entertained with mostly mongodb because I think it is one of the easiest and quickest to learn.

If you are looking to explore mongoDB, there are some great GUI tools to get you started.  Installing mongoDB is pretty trivial so I won't cover it here. 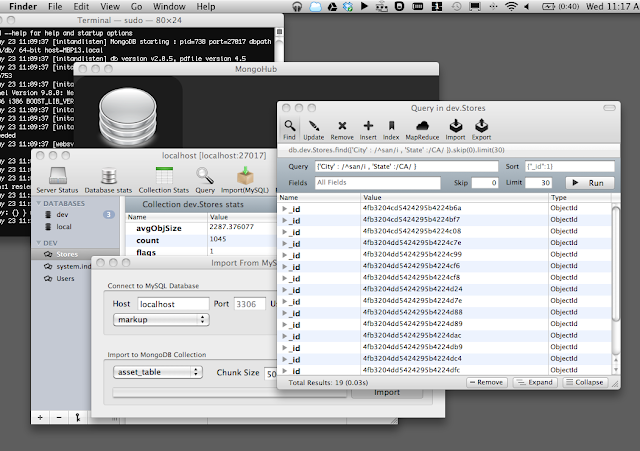 On OSX, one of the best program I've come across is MongoHub. It is a very pretty and intuitive application. Within a few minutes, I was able to get some tangible progress in evaluating mongoDB. It has the ability to import MYSQL table schema into a mongoDB collection. I imported a working mySQL db I have been working on and I was able to quickly make JSON queries just from glancing at the mongodb reference.

Instead of the normal “SELECT db_column FROM table WHERE db_col = value AND db_col2 =value2” , you use BSON like this:

Since we are not using the console, there is no need to invoke the mongodb find command, it is all gui driven. For my imported DB collection, I simply typed  in my query expression like: {'City' : /^Con/i  }

Instead of playing with some “Hello World” tutorials, I already had a working set of data for evaluation within 5 minutes of installation.  There was no need for test records or test data, I had real working data   that I was already comfortable with. Another 20 minutes, I was able to write some PHP scripts to query and display records.


I haven't found anything in Linux comparable to MongoHub but these two solutions worked for me: PHPMoAdmin and JMongoBrowser.

Once you have the PHP mongo driver installed, you can run a web-based admin script. It works and you can create collections and schemas rather quickly. It is PHP based and there was no configuration or mucking around. 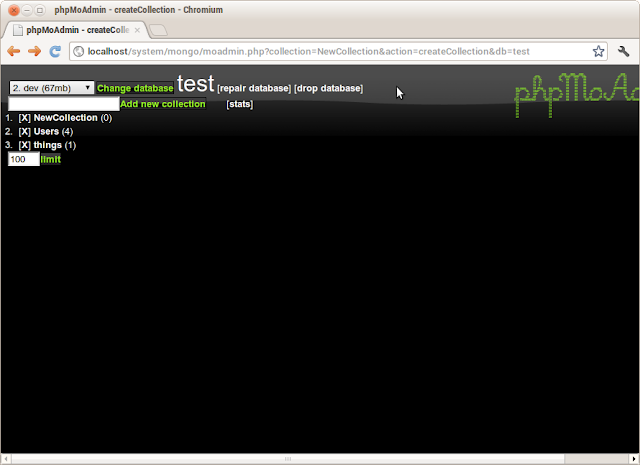 The other GUI is JmongoBrowser.  It is cross platform and Java based.  Again, it works but there is nothing to write home about. 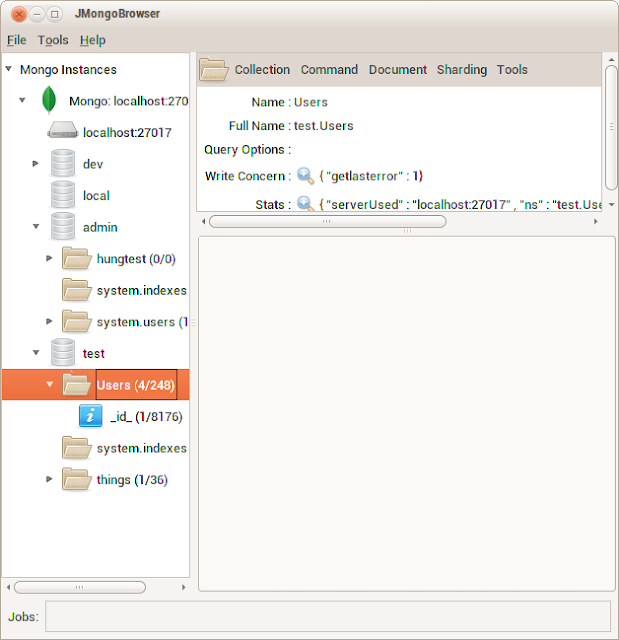 Both phpMoAdmin and JmongoBrowser installed in Ubuntu 12.04 without issues. They also run on MacOSX.

Posted by fortysomethinggeek at 6:51 AM