There has been wild speculation that Apple will axe the slow-selling Mac Pro line. Over 16,000 people have signed a Facebook petition. Wild and rampant speculation on the Internet suggest that Apple wants pros to use iMacs instead. 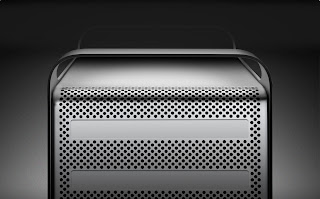 The argument goes like this: Apple has been making loads of money on iDevices and they have no time for slow selling devices. The Mac Pros do not sell in high volumes like the other products. Basically, the MacPros have taken a back seat to iPads, iPhones and Macbook Airs. On the surface level, this makes a lot of sense for people. But, I am here to say they are WRONG.

Before I go into my argument, I want to remind people of a few things: Apple needs content and app developers for their iOS devices. With Retina displays of the new iPad and upcoming Macbooks, you need beefy workstations that can power possibly 4K (4096x4096) monitors. Furthermore, why would Apple be touting Final Cut's  ability to do 4K video if all they have to sell are iMacs. Lastly, Apple's rumored acquisition of the Italian music editing startup Redmatica suggest they are still in the content creation business.

Now for my main argument.

The reason why Apple hasn't updated the Mac Pros in over two years is very simple. The fault lies squarely with Intel. Yes, it is all Intel's fault. Just like Motorola failing to provide updated G5 PowerPC processors in the past, Apple is at the mercy of their CPU supplier.

The Workstation Xeon class architecture has not been updated in over 2 years.  Up to 17 days ago, Intel did not have dual socket Sandy Bridge processors until May 14 of 2012. Don't believe me, go to Wikipedia and Intel's product pages:

So all you guys who are claiming you can build Hackintoshes better than what Apple has been giving up for the past 2 years need to give it a rest.

A Quad/Six-core i7 is not the same class as a multi-socket Xeon. The highest available memory you can get on a i7-3930K processor is 32GB of memory.  With the two year old Mac Pro architecture, you can go up to 64GB. The new E5-2420 Sandy Bridge Xeon can go up to  375GB of ram.

Now for folks who don't understand all this technical babble. I'll make it simple.

Xeon Class architecture allows system builders to build multi-socket systems. Meaning, you can have two CPUs on the same motherboard. You can have two six-core CPUs and your system will be seen as a 12-core processor. Simple isn't it?

For the past two years, Intel was slow on the boat. The consumer grade i7s could not be made into multi-cpu systems. Meaning, you couldn't go to Fry's Electronics and buy two i7 CPUs and put them into a motherboard.
To  do this, you needed a Xeon Class system- CPU, Motherboard and architecture. Furthermore, XEON class systems are more industrial. They often run ECC protected memory.
A Hackintosh i7 will not be the same as a MacPro or any XEON class workstations from companies like HP or Dell.

Sure,the benchmarks of the consumer grade Sandy Bridges have been smoking some of their XEON server based counterparts. I won't deny that. However, I cant see how Apple could have produced a single socket Mac Pro, price it at $2,000 and call it a workstation.

They could have made a new line called the Mac Pro Mini. A mini-ATX styled Mac Pro like in the same vein as the PowerMac 8100 was to the Powermac9100. It would be a smaller box with less expansion. Possibly a single socket, 4 banks of ram, 1 drive bay and 1 PCI slot. They could have sold it at $1500 and I would be one of the first buyers. However, I don't have access to their sales so I don't know if that would have been a wise move.

Am I happy about the situation? No. But people need to evaluate the facts first. Until there is final word from Cupertino. everything is pure speculation.


Posted by fortysomethinggeek at 10:13 AM