Whatever happened to true Docking Stations

Today, I won an ebay bid for a brand new Lenovo Thinkpad mini dock 3 and it brought back some memories. I am thinking about the convenience of docking at work and having my stuff all ready to go. No hassles of cables and clutter.

Unfortunately, modern day docking stations  are simply port-replicators for convenience. In the past, they are way much more.

Long before the turn of the millennium, you could buy a true desktop replacement docking station filled with full slots and expansion capabilities. I clearly remembered spending over $4,000 for an IBM Thinkpad 600e setup up with a Selectadock III. Dell and HP had a competing line of products for their workstation laptops. Apple had, well, they had the mini duo or duo dock.

The docking station of yore had full PCI slots and on-board SCSI. That was truly a beast and exemplified IBM's build quality. I remember adding all sorts of PCI cards like a dedicated MPEG2 decoder that can't even compete with modern smartphones. And remember the Adaptec 2940 Ultra-wide SCSI card? Yep, I had one of those running off a Thinkpad. I had "Scuuuuuzeeeee " server class drives.  I forgot, I also had a floppy bay Iomega Zip Drive. I could literally host a ISP back then. 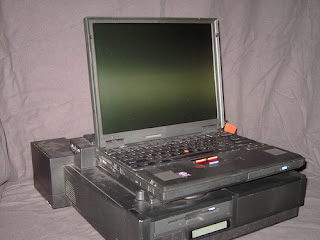 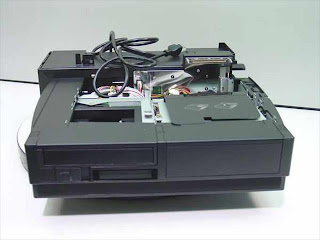 I can't really complain about my new setup. A Lenovo port-replicator it is! I wonder how the Thinkpad brand would have flourished if IBM kept it. 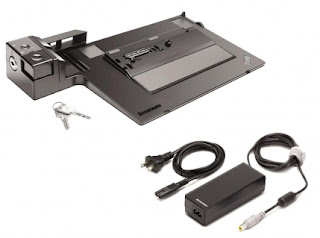 However,today's laptops will do so much more. The T and W series Thinkpads have Expresscard slots and they can power dual/triple monitors up to 2560x1600 through displayport. Expansion is handle by USB and firewire.

The new Macbook Pros have Thunderbolt and you can get expensive Thunderbolt-to-PCIE bridge box enclosures. I've seen them set up with RED rocket video cards for working with 4K video.

Still, I can't fathom the possibilities if manufactures made full docking stations instead of port replicators. I also wonder what it would be like to have a modern day 600E/600X Thinkpad. Those things were built like tanks.

I will post a review of the Lenovo "port replicator" and how it works with Linux in the coming weeks.
Posted by fortysomethinggeek at 9:26 AM