Multi-Monitor on the Galaxy Tab 2 and Galaxy Nexus

In my first multi-monitor display post, I wrote about using the Retina iPad 3 as a high-res portable multi-monitor display for a laptop.  Today, I am going to show you the same software running on Android's Ice Cream Sandwich with the wonderful Samsung's Galaxy Tab 2 7.0" Android tablet. It also works with other Android devices such as the Nexus.

Avatron makes the same Air Display available for Android on the Google's Play Store. I was looking for something similar to my iOS and I hit jackpot. The desktop client is the same and the app works and feels like the iOS counterpart. The client app works on both Windows and Mac OSX.  Below are screenshots of it running in Mac OSX.

Set up is the same as before. You select your device (s) and adjust your secondary display arrangement. 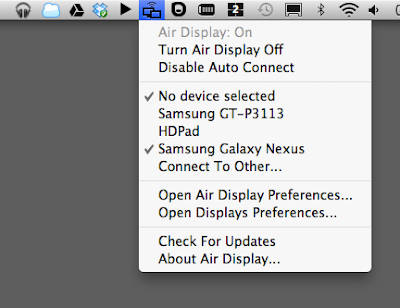 The Air Display Galaxy Tab 2 is the bottom one of the right. I love running multi monitor displays on my macbook! 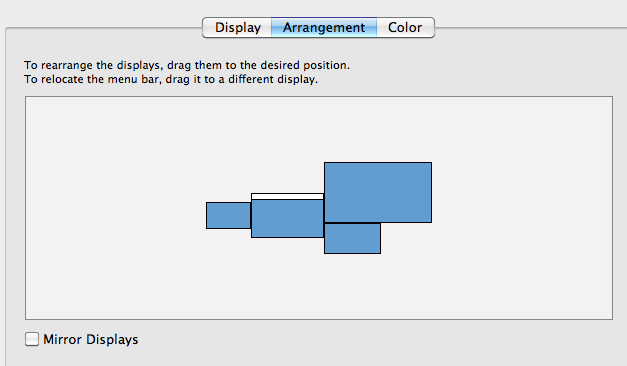 And voila. Wi-Fi palette monitor; using the Galaxy Tab 2 as a secondary portable monitor. You can use the touch-screen as a virtual mouse as well. 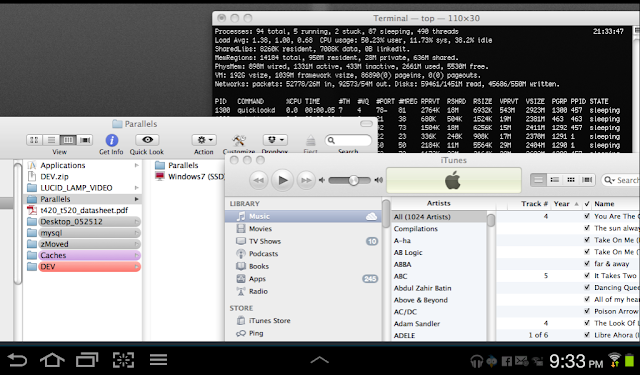 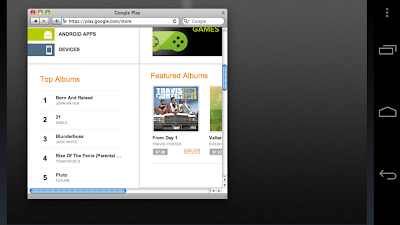 A few things to note. With Ice-Cream Sandwich, you don't get the full screen. The virtual soft keys (home/back/menu) and task bar still exists. Hence, you lose some resolution compared to an iOS device.

The only missing feature from the iOS version is virtual keyboard. Both have virtual mouses but with the iPad, you can pull up the tablet's keyboard to enter text or type within apps inside your Air Display monitor.

Next, the other issue is the inability to power multiple "Air Display" devices; meaning I am unable to use all my devices as 4th or 5th monitors at the same time.
I have some DisplayLink usb powered monitors and I can daisy chain up to 6 DisplayLink monitors to my MacBookPro. It would be nice to have a similar feature with Air Display.

Lastly, the refresh is rather laggy and slow. This is expected since the redraw is taking place over WIFI. The speed of your refresh depends on the speed of your WIFi network and your devices. Both my Samsung devices, in general, have poor WIFI connections. This doesn't bother me because I use these monitors as palette displays to show non-motion material. I use them mostly for displaying error logs, mail, and terminal windows which do not need fast refresh.  Depending on your use case, this may not be ideal for you. Considering that the application cost $5, the investment is low compared to buying and lugging extra monitors around.

And a word of advice. If you ever plan to use a WIFI monitor or even some sort of Remote Desktop (VNC/RDP/X11), always choose a solid color like dark grey for your background. It makes it easier on the refresh and redrawing.


Posted by fortysomethinggeek at 7:48 AM