Right about now, manufactures are releasing a bunch of new Ivy Bridge laptop models. With that said, it is a great time to get major discounts on last generation Sandy Bridge models. Ivy Bridge promises to be 10-20% faster but is it worth the 40% premium when there are significant savings on the last gen core Sandy Bridge?

I recently took advantage of those major discounts during the Memorial Day close-outs and picked out a Thinkpad T420 with a corporate discount. I'm glad I got the T420 over waiting for the newer T430.
Most notable change in the newer models that will infuriate traditional Thinkpad loyalists, Lenovo is abandoning the traditional keyboard for the island chicklet style. With that change and the major discounts ($800 or so w/ tax and shipping), I could not resist.


I intend to run a Linux workstation with multiple virtual machines so I had the following requirements:

When you look at all my requirements, the Lenovo Thinkpads hit all the right notes. Ultrabooks were out of the question.

The beefier workstation class laptops like the W520 are nice all and with their FHD screens but I explicity wanted the easiest Linux laptop to run multiple 27" and higher displays.
The W520 can run 32GB of RAM in a quad-core configuration but the discreete optimus switching graphics is problematic with Linux and multi-monitor setups involving displayport/dual dvi.
Furthermore, the weight,enormous girth,and bricky 170 watt power supply, and short battery life of the W520 turned me back to the T420. And on a surprising note and unexpected advantage, the T420 is easily hackintoshable if that matters.

So, the T420 or the T520 seems to be the most ideal laptop for my usage. If you are a power user with similar requirements, look no further than the Thinkpads. 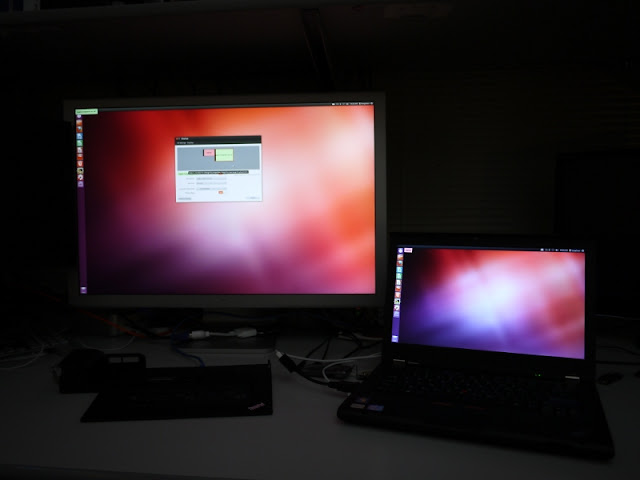 
What can I say? In a nutshell, it is a "real" Thinkpad. You either like the looks or you don't. If you think the machine looks dated or old school, then this is not the laptop for you.
To me, it has an intangible elegance to it. The spartan, all black, matte professional appearance screams enterprise ready.
This is a professional workhorse and it makes no excuses for it. The only visual cues that separates this from a 10 year old Thinkpad are the video display port, e-sata jack, and the various inside Intel stickers.
So far, Lenovo has done a good job of not messing  up IBM's iconic design.

I'm currently working on various deadlines so I haven't had time to set it up and play with it. In the coming days/weeks, I will follow up on my experiences with it running Linux.
I have the mini dock 3 (433710U ThinkPad Mini Dock Series 3), various ultrabay caddies, monitors, and various drives ready to go. I'm most interested in seeing hack together an eGPU (external graphics card) to it.

It will be interesting to see how well it compares with the upcoming, revised quad core Ivy Bridge Retina Macbook Pro 15" that I will be getting from work.
Between 4/5 high res monitors and 2 powerful laptops on my desk, it will be computing nirvana this year.

I got it running the 30" Cinema Display using display-port from the laptop and the dock with the basic install of Ubuntu 12.04. No hassles, No xorg config files. It was able to play a 720p MKV on the 2560x1600 display while running a Virtual Machine, compiling, and cloning DD the Windows partition. Impressive and hassle free Linux experience. 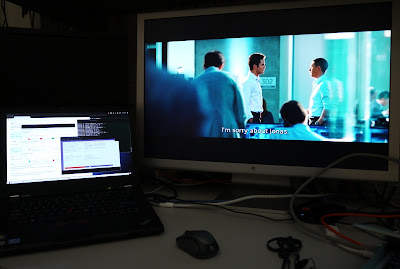 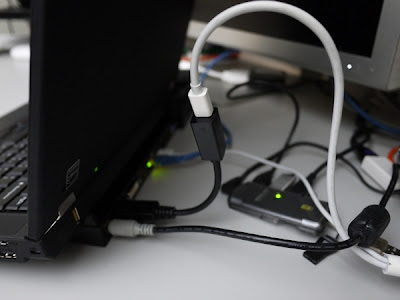 (pictured above is the dock with the various ports)

Posted by fortysomethinggeek at 10:36 PM