A reader asked me about Linux and Thunderbolt. Well, I tried it out today and I am here to report some basic findings.

The rest of my build includes an i7-3770K Ivy Bridge CPU along with 32GB of RAM. I booted off a Linux Mint 14 Live USB which has the new 3.5.7 Linux Kernel. This kernel has experimental support for Thunderbolt devices.

A few comments:
Hot-plug does not work. You need to have the devices cold-plug at pre-boot to work.
I could not get Thunderbolt display to work. I assume there has to be some sort of driver to route the video signal to the Thunderbolt's PCI subsystem.
I could not boot from Thunderbolt. This is more of a BIOS issue than an OS issue. Macs boot off Thunderbolt just fine.

SATA based Thunderbolt HDDs work just fine. Thunderbolt is recognized in the system profiler as it should, an INTEL DSL3510 (Cactus Ridge 4C) controller. I've read online that the Apple's Gigabit Ethernet adapter works as well. 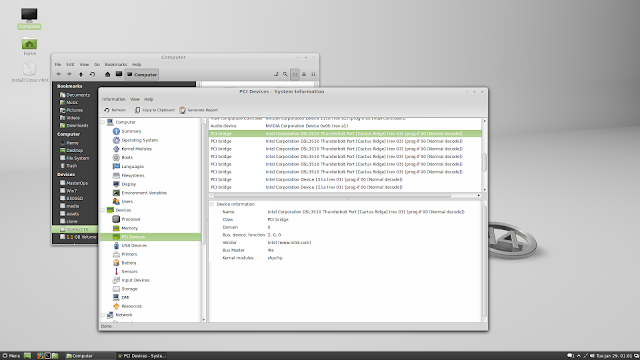 I connected an Seagate STAE121 Thunderbolt Go-Flex adapter along with a Samsung 830 SSD. Here are some preliminary benchmarks. 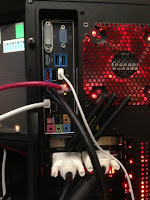 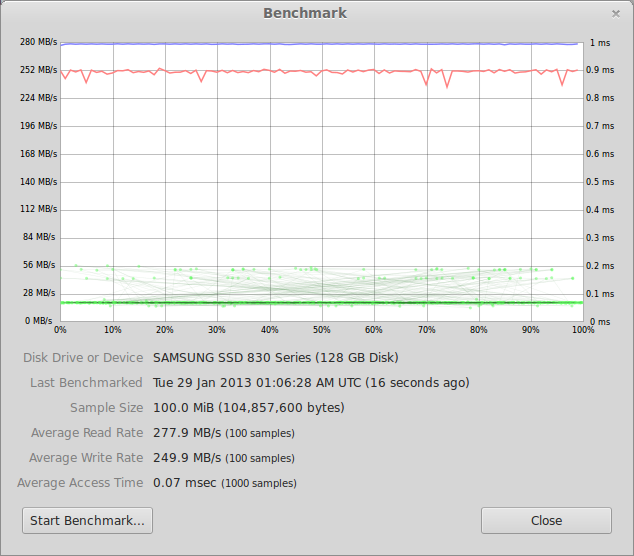 I did a quick 7GB copy which took around 4 seconds to copy from an Intel 240GB SSD.

I proceeded to do a full install of Linux Mint 14 onto the SSD and it installed without issue. Unfortunately, booting off Thunderbolt does not work. I took the drive and docked it into a SATA dock and it booted just fine.

I didn't want to try my luck with Linux and a Drobo 5D via Thunderbolt. The last time I tried it with Windows, I corrupted my RAID's filesystem; only to find out the 5D was not supported under Windows. I didn't want to take the same risk with Linux.

So there you go, my initial findings on Linux with Thunderbolt.

Posted by fortysomethinggeek at 5:56 PM