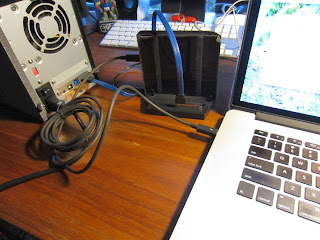 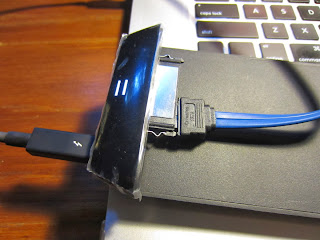 You can go out and spend $179 on a LaCie eSATA Thunderbolt hub or make your own with various parts for under $55-$100. I was able to jury-rig a $3.50 micro male SATA to eSATA cable with the Seagate Thunderbolt docks to make a working Thunderbolt - eSATA solution. 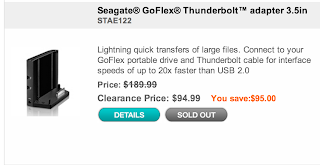 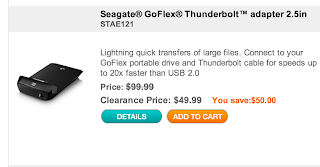 All I needed was a special cable that is $3.50 on Amazon. It is basically a male micro SATA to eSATA cable. In short, a portable set-up can cost as low as $60. 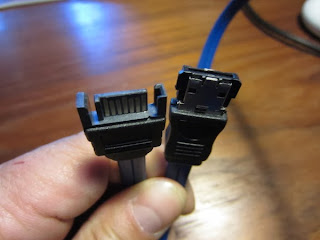 In order to use this, you will need to break the two retaining clips on both sides. It goes in one way since it is a L-shape connector. Since you are using eSATA, you won't need the power from the SATA connector. 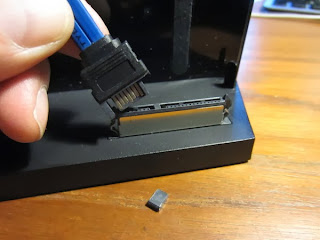 And guess what, OS X reports it as a port multiplier. I don't know if that is true or not but that is what is reported. This means you can hook this up to those cheap $80 4 bay JBOD RAID enclosures. 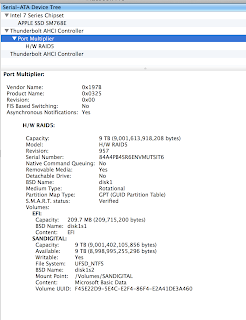 I connected to both the portable and desktop Seagate Thunderbolt adapters.
Performance wise, you will hit 3 Gbps SATA.

For a 9TB spinning RAID 5, this is not bad. See the benchmark below. 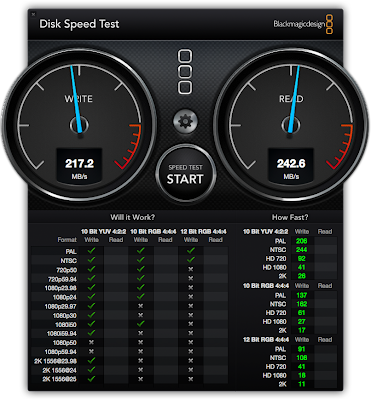 So there you have it. A cheap make-shift solution. I make no guarantees. You can fry something up. If you don't feel safe with this, you can always go and buy the La Cie for $179-199.