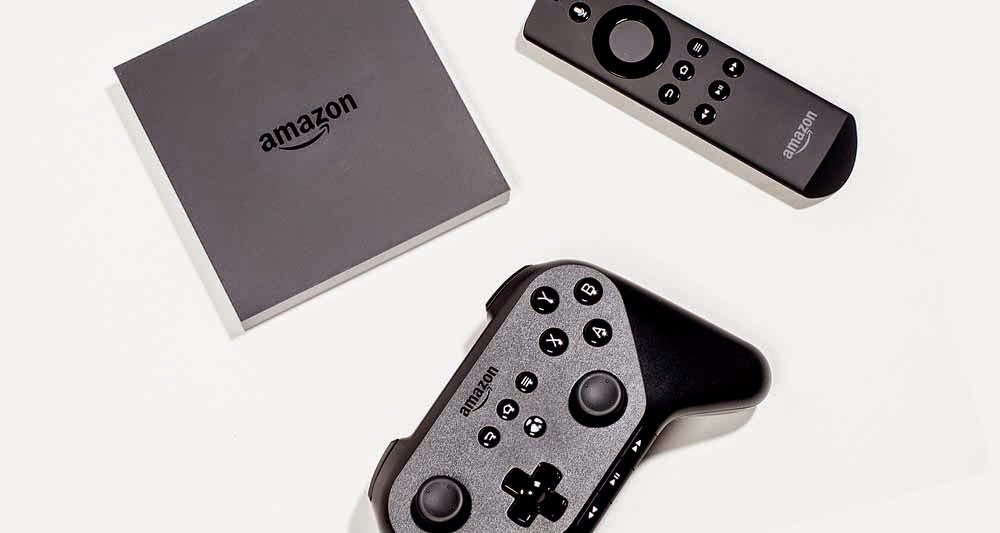 I got myself an Amazon TV last week when they were available for $60. $84 plus 20% off coupon. I figure why not. I ended up getting the game controller as well. I don't have much to write about it but I gotta say it is cool.

I have NetFlix, Plex, Amazon Prime video, and some light games. The Amazon FireTV appstore is very lacking. There is probably only three good games on it - RipTide, Asphalt 8, and Amazon Studio's in-house Sev Zero. The other games are pretty much boring. The App library is very limited so you can't install something like ES Explorer or MX video player without going the sideloading route. You can root it and get the Google Play store on it. However, I don't have the time for those shenanigans. I would not buy this in the hopes of having a convenient Android TV gaming console. It isn't quit yet there.

I had a Logitech Google TV that we used primarily as PLEX and NetFlix Client. It was handy because of the keyboard and the keyboard itself is a universal TV remote.
With the FireTV, we don't have that so we have to make do with TV remote, FireTV remote, and external keyboard.

I have a USB wireless K400 keyboard so it makes it very usable to search for PLEX and Netflix titles. It is also good to have Amazon Video right there without the need for Airplay or Chromecasting. Plex is a $4 app. I already have it on my Amazon App Store and Google Play but I guess there is a separate one for the Fire TV. Again, I don't have the time or inclination to side load Plex from another source just to save $4.

The voice control is real simple that even my 6 year old kid can use. Speaking of kids, you'll definitely want to enable Parental controls. Otherwise, anyone can just buy apps and media. Parental control forces a numeric PIN for purchases.

Overall, I like it. Most retailers are now selling it for $84. I don't know if that is a permanent price drop but it is a good value. Is it better than the Apple TV. In some ways yes, it has more options and gaming. However, AppleTV has iTunes ecosystem and AirPlay. With the Apple TV, I don''t need to make a cohesive effort to upload my content to Amazon's cloud. Everything works in the background on Apple's ecosystem. Then again, I don't think I'll be sharing family photos on Amazon's photo cloud system nor would I upload all my music to Amazon's music. I'm glad I have both.

Posted by fortysomethinggeek at 8:25 AM