Here is a pretty cool terminal app for Mac OSX. Called, Cathode, it brings back some retro fun (for those over 30). It is $10 at the app store which seems pricey for a terminal app. However, after playing with it, it is loads of fun for old timers like myself.

It simulates old Cathode tube monitors from days past. You can pretend you are working on an old Lost era 1970 Aames research terminal, a 286 from 1980, even a Commodore 64, a Pet, or pretty much any old UNIX workstations long before flat panel LCD. You even have the degauss effects, blur, random jitter, RF static as if you are on a real old school terminal. In short, cool. 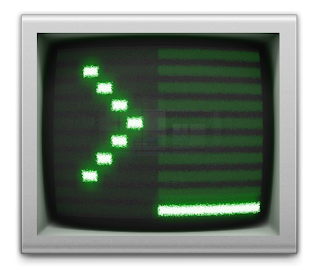 This is how it looks on my Retina 15" Macbook Pro. 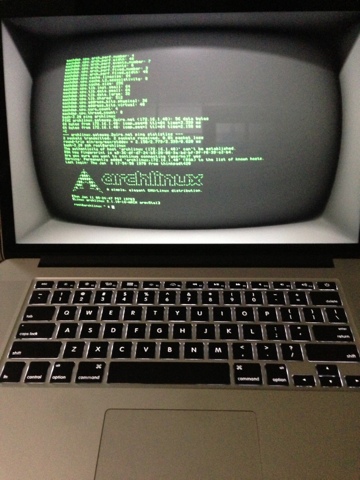 I had low expectations; thinking it would come with at most, 3-4 themes. I was pleasantly surprise to see the myriad of options: screen themes, monitor faceplate themes, fonts, and you can even configure the background CRT reflection. In short, you can configure this in a hundred different permutations. For example, you can pretend you have Commodore 64 connected to a 9" TV from 1976 with a janky RF adapter. You'll get the RF backfeed, fuzz, noise, scan-lines, and refresh. If you are old enough to remember switching between Channel 3 and 4 due to local tv station back-feed while connecting a home computer to a television set in the 80s, you'll know what I am talking about.

The apps is even retina optimized so you can see with extreme clarity.

Here are some screen shots. 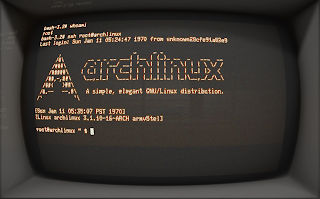 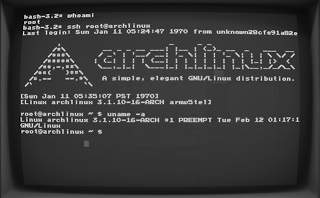 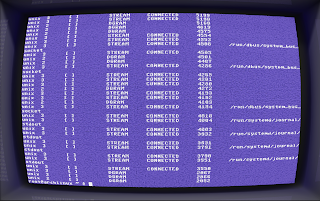 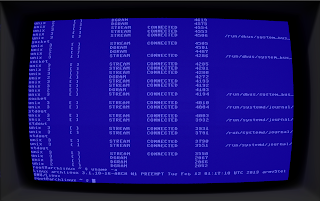 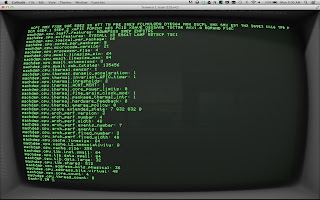 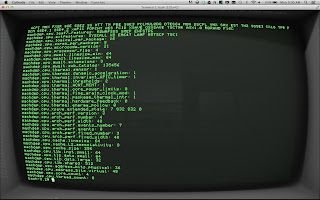 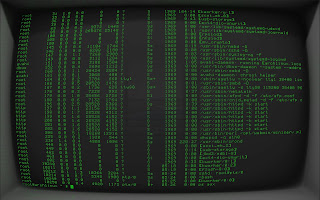 $10 doesn't seem so bad considering I am in the terminal 90% of the time. It makes it fun. And with Apple's download policies, I can install this on multiple macs I own via the App-store. In essence, it takes the bite out of $10 for a terminal app when you spread it across 4-5 macs. It is definitely worth it for the fun and nostalgia.

I only wish for a 1990 MacTerm and Nextstep theme to complete this. And if this developer ever made this app as an SSH client for the iPad, I will be the first one in line to download.

Lastly, I finally have a reason to pull out my old 7" portable USB displaylink monitors. At 800x480, they're pretty useless but as a second terminal window, they're pretty cool. 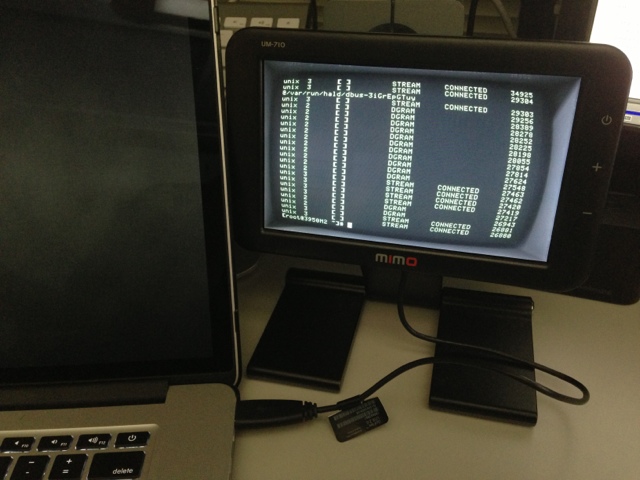