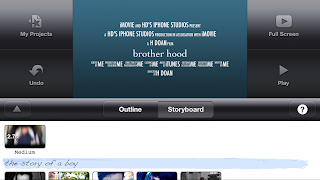 Editing videos on the iPhone and iPad is absolutely amazing. OK, you won't get Final Cut ability to do multi-track, multi-layers and other stuff like that but you do get absolute convenience and portability.

The iPhone 5's improvements makes it even better for mobile video editing.

You also get a banging deal on software. The iOS platform is loaded with great apps. A color grading on the application on the PC will cost you $300. On iOS, it won't have all the bells and whistles, will only cost you $3-4. You won't be fine-tuning and matching skin tones or anything like that but you will definitely have the best home "cinematic looking" video from that soccer game that separates you from the rest of the other dads. I've been editing on my iPad since day one using the camera connection kit and it has been great. I would go to a family event with my DSLR and by the end of the function, I will already have an edited video complete with titles and soundtrack in glorious 1080p HD video. In other words, simply amazing. The iPhone 5's larger screen and faster processor makes it reallty enjoyable.

I've been using applications like iMovie (I love the trailers functionality), Splice, Intro designer for titling, CinemaFX and Red Giant's Movie looks for color grading. There are also countless vintage, retro, effect apps on the app stores that I can't mention all their names. Mobile devices won't compete with desktop as I've said before but the key thing is flexibility and portability. I can quickly edit a video on my lunch break, in the bathroom, or in a car ride home. 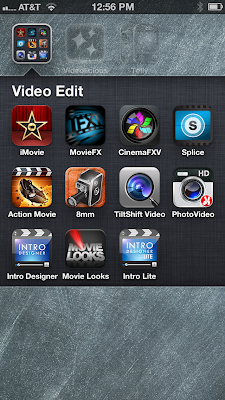 Now for the meat of my post. I've been storing years of VHS/MiniDV videos on my NAS and decided to edit a few of them. With 64GB, I was able to load up quite a bit of video on my iPhone 5 to take with me and edit whenever I had the chance.

My videos have been converted and imported a few different ways in the past 15 years. Most of my videos have been converted via Firewire-iMovie on my old 233mhz iMac from the turn of the century. I've also used RCA-Firewire converters like the ADVC-1000. I've even converted videos using a $30 DVD recorder I got from Cost-Co. Hours and hours of footage has been archived in Quicktime and H.264 format just sitting on my file server.

To edit on the iPhone, all you need to do is get a h.264 version into the camera roll. It is simple as that. Before, I would use the 30 pin camera connection kit and simply plug in a USB or SDcard to import my footage.  Or you if you are on a Mac, you can use iPhoto to import them into your camera roll.

I've been using a swiss army knife File manager application called Files Connect. It allows me to mount Appletalk, Samba and SSH/SFTP volumes. This is how I've been getting videos on to the iPhone and iPad. I have over 3TB of footage on a NAS (FreeNAS) and I simply copy over the clips I have. 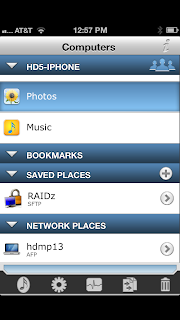 Now here are caveats. The file names needs to be 8-9 characters in DOS 8.3 format. The file also needs to be in H.264 or Quicktime format. However, I've notice iMovie works with a lot other files like AVHCD, motion-jpeg and most files on modern cameras.

Once you copy the file over, you will need to "save to Camera Roll" by using the Open In key press. Once the file is saved in the Camera Roll, you are good to go. 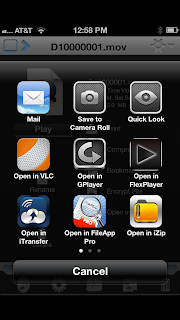 As I've said before, you can use iPhoto if you are on mac to import your video. As long as the file is readable, you can create a specific album and import it as well. I created an album called "Old Movies" with my old VHS/8mm/Hi-8/MiniDV rips. 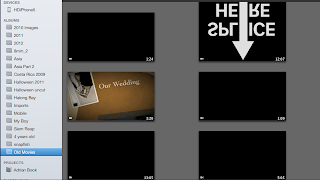 Here is an example of a footage shot in 1998 being edited in 2012 on a smartphone. Simply amazing. The same footage would be edited on super expensive Pentium 4 / PowerPCs rigs of that era. And you wouldn't be able to color grade or add fancy effects that you have today. You can also mix and match video footage in iMovie. I've had 640x480, 480p, 720p, and 1080p files in the same project. 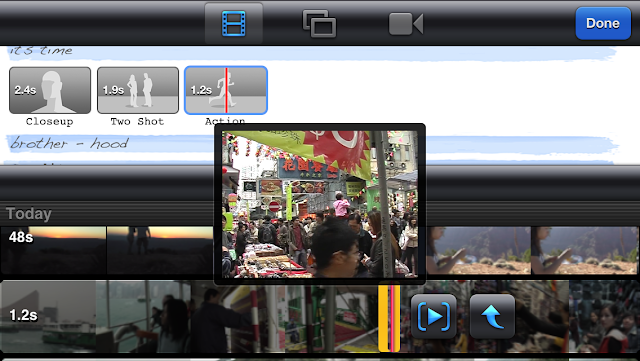 To add titles, I use a $3 titler called Intro Designer. It is more than sufficient for home videos and has a good selection of themes/templates. 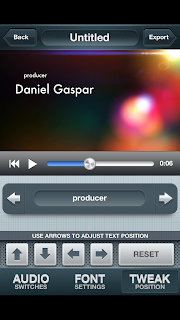 Here, I am tweaking videos using Movie Looks from Red Giant. This app is $2 and their high-end desktop app is $300 (and up) used professionally by Hollywood film makers. It won't be like the desktop app but it is a great start. You can select some presets and voila - Cinematic looking graded video. 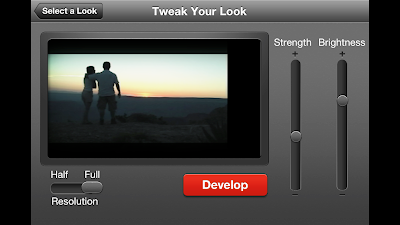 Another grading app I've used in the past is CinemaFX .  The app is $2 with add on packs you can buy. It has over 55 effects with some vintage and retro grading. You can apply vignetting and other things. 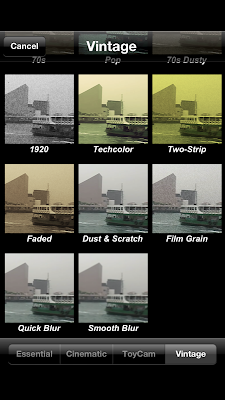 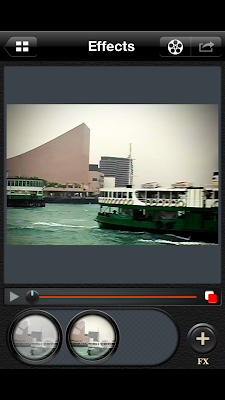 So, as you can see, you can do quite a bit with the iPhone  (including the iPod Touch and iPad).
The iPhone 5 makes it enjoyable due to the sheer improved performance and screen.

$2 to $4 for an app is cheaper than buying a cup of coffee. I've gotten hours and hours of amazement and seeing people's emotional reaction is simply quite magical. The editing also feels quite natural and not at all contrived as some naysayers have suggest. It has been a good solid 3 years since the 1st generation iPad (when iOS iMovie launched) and there is simply nothing like this on other platforms. I've seen the splice-n-edit offerings on Symbian and Android and I must say the fun factor and useability is heavily weighted on Apple's eco-system. Other phone cameras may have superior capabilities but none of them give you the creative tools to express them in a polished final output.


Posted by fortysomethinggeek at 4:15 PM