Ghetto IT: ESXi 5.0 Virtualization server on a budget AMD laptop 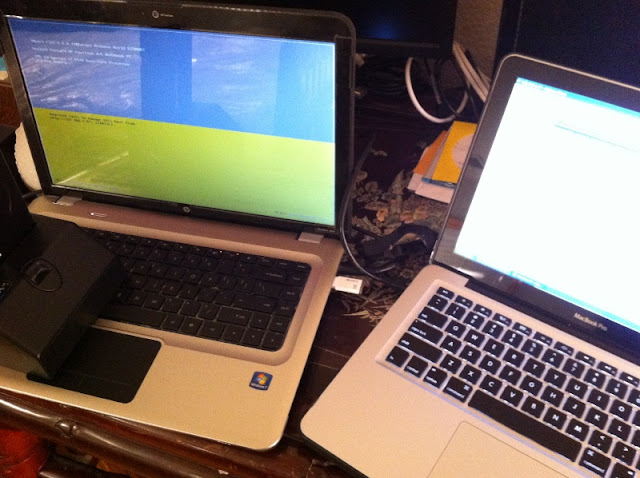 I have to convert a rather large physical server at home so I jury rig an unused laptop.

This laptop has no love whatsoever. It was a $200 special from Staples or Office depot that you find on Black Friday door buster sale. The household is pretty much a tablet household and we don't have much use for it and it has been sitting in the closet for well over a year.

The laptop is a HP DV6 Pavilion with an Athlon Turion P540 processor. I reckon it is a celeron speed based CPU. The thing it has going for it is 8GB RAM (ram is cheap) and an eSata port. Otherwise, it is a rather horrible (1366x768 resolution on a 15.4" screen, awful keyboard, and lousy trackpad).

To my surprise, the laptop was perfect. I made a bootable ESXI usb stick that previously worked on another workstation and connected a SATA dock. To my surprise, everything works. With an ethernet crossover, I was able to make some backups and testing. 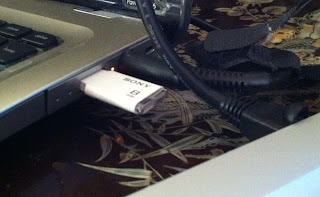 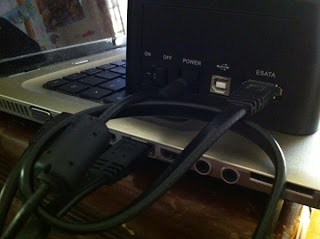 (ESATA cables and a cross over ethernet makes this portable.)

I was able to dock an undock drives easily. The drives then showed up on my production server automatically. I managed the whole session with my macbook and a cross-over cable.

In Conclusion, those cheap Walmart/Staple/Best Buy budget AMD laptops can come in handy when you need to improvise. I like the fact AMD doesn't gimp their virtualization features in their CPU. Unlike the cheap Intel Celerons/Atoms/I3s, some of the AMD offerings are quite nice. 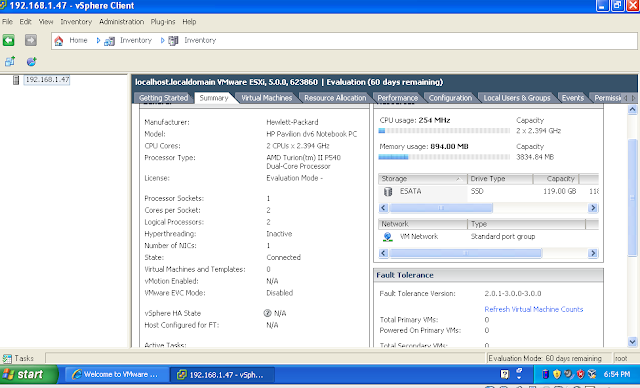 Posted by fortysomethinggeek at 7:29 PM