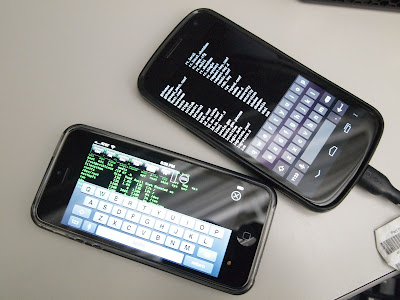 I'm about to retire my GNexus to secondary status and I'm glad to.
The phone has been a terrible mess from day one. I was mistaken to believe a "Nexus"  product would get updates and fixes but Verizon pretty much screwed the whole thing up from day one.

I got  the official Jelly Bean the other day and it hasn't fix anything. I still get 3-4 hour battery life and most of the core apps don't work for me. I know this is Verizon's fault because I've played with other VZW Nexus phones with rooted ROMS and they perform much better than stock VZW. Jelly Bean still lags on Verizon GNEX phones. The camera app on Jelly Bean on VZW is atrocious compared to other GNEX phones with different roms.

Unfortunately, as a manager, I need to set a good example and I simply just can't root and experiment with an employer issued phone.

I'm back with the iPhone and I'm happy. I love the great apps that help me get my work done. iSSH, Screens (VNC/Apple Remote Desktop), Texstatic, various superior MySQL clients, and  X11 apps.
PUSH IMAP w/ IDLE works  with Cyrus/PostFix/Dovecot mail servers along with MD5-CRAM SSL authentication works on the iPhone. I don't use GMAIL so I need to make sure my PUSH emails from Nagios is working 100%. CalDAV with PUSH notifications and event .ics calendars work out of the box with iOS. More importantly, Cisco VPN w/ Group Authentication works since day one. Google still hasn't really figured out how to fix this and a smartphone is useless to me if I can't VPN/SSH into my work.

Lastly, the most important thing is MTP. MTP works  5% of the time. 95% of the time is is pure frustration. The GNEX has been a pain to transfer files. I've been using webdav, samba, ftp to get files into my Nexus. MTP client on Mountain Lion broke in 10.8.1. I can't get MTP working reliably with Ubuntu 12.04, CentOS or Linux Mint. I'll get it working but something will break it like an update to GMTP or Fuse. PPTP is really slow and web/ftp/sftp isn't going to cut it. I've tried various PPAs, FSTAB, manually mounting and it will work for a bit and then drop. When I plug in my Galaxy Tablet, it goes kaput again. Even when it does work, it never worked reliably. Files take forever to transfer and often get corrupted.

iOS 6 and the iPhone 5 mounts on Linux with no hassle. In fact, with a clean install of Linux Mint 13, I didn't have to do anything but plug in the cable. The App folders mounted and I could copy my files. I transferred about 20GB of MKV, WMV videos to the various video player apps I have. Large PDFs (120-300MB) and 60MB Excel files transfer without a hiccup. As you can see below, Linux Mint has no problems mounting an iPhone 5. 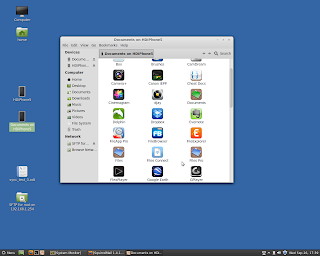 Lot of Android fans will tell you they will deal with all these frustrations because of the customization and flexibility of Android. I don't change home launchers, add widgets, apply different skins on my phones. Both my phones, I can play MKV and different video codecs, mount network volumes, run emulators and do pretty much the same thing. I do like the fact you can completely swap out a ROM distros. There are also some killer applications on Android that I like like Torque (iOS equivalent is pretty pricey). You can also run chroot Linux but I have never been a fan of the implementation on Android.

I have a different set of needs in terms of customization. For me, customization is the ability to install a great app like Vmware Vsphere client to manage my ESXI server. Customization is the ability to pull a sd card from my new Olympus OM-D micro 4/3 camera and edit 1080p video of my vacation. iMovie is truly amazing and has changed how I edit my home videos. I no longer need to use Final Cut for simple things like a picnic or music recital. Customization is also the ability to sort out my pictures in my picture album without manually renaming my jpegs 1.jpg,2.jpg,3.jpg just to have them display in a certain order. It is the little things I appreciate. There is still no peer to the iPod player on the iPhone. 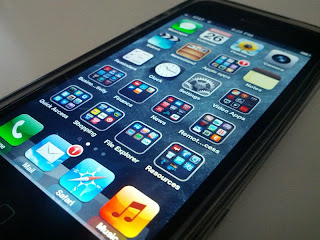 The iPhone 5 is really fast. At work, we are developing a spreadsheet HTML5 web application that is javascript/ajax heavy and the iPhone 5 loads up the application with no problem.
The various Android devices we have have been choking on these pages (200 plus divs with over 100 concurrent ajax calls).  The benchmarks (Anandtech) have shown iOS6 and the A6 SoC has a super fast Javascript engine. I'm surprised because Google's V8 has always been better than Apple's Nitro Javascript engine.

The GNEX still has a better screen but the apps I've used haven't taken advantage of it. I don't watch movies or surf the web on my phones so the larger screen is lost on me. I do, however, run a lot of terminal connections and I still prefer apps like iSSH over Connectbot. iSSH has transparent keys, touch sensitive gestures to pull up control and function keys. This level of usability even on a smaller display trumps the larger 4.65" screen.

I won't be ditching Android. I'll see if I can lemon my Nexus for S3. But for now, I am loving the iPhone 5.


Posted by fortysomethinggeek at 6:14 PM