I have knack, or I should say an affinity for bargain-bin gadgets that have tinkering potential.

Ever thought about using an alarm clock as a 3G wifi hotspot for your car?
Or ever thought about converting a NAS into a MySQL server for backup and replication?
Throughout the years, I have bought countless useless gadgets that fall under the cheaper than $39.99 price point.

Here are some of them. They all run some form of Linux which makes them fun to experiment with

There are some great gadgets that never seem to get any consumer traction and eventually fall into the bargain dumpster bin. Deals can be found on slickdeals.net, fatwallet or dealnews.com. 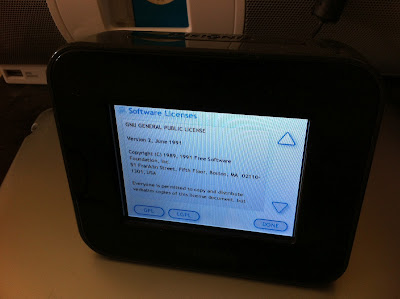 For example, the original Chumby retailed for $179. I would never pay that much for a glorified alarm clock. However, for $30, a Best Buy branded Insignia Infocast is something you can tinker with. The infocast is pretty much a rebranded Chumby.
It has a USB dongle and can be hacked into a 3G wireless hotspot or a surveillance camera server.
It is good for streaming Pandora or Squeezebox by the bedside. There is pretty much nothing to do. SSH can be enabled and you are pretty much ready to go. 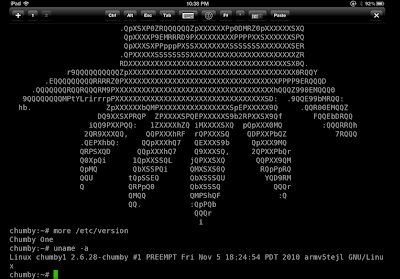 Next is the ZipIt Z2 Wireless Messenger.
The XScale PXA270 is the same processing power as a Dell Axim or original iPhone. Originally $149,
the device was tailored toward teenagers as an instant messenger (AIM/MSN/Yahoo) companion device.Long before the iPhone and during the sidekick heyday, this device was a commercial flop.
At $20-$30, you can turn it into a mini Debian Linux computer. 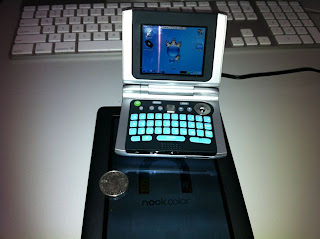 I still haven't found a compelling use case for this except to show teenagers that power of the Linux OS in a small form factor.

Now for my cheap favorite hackable device. The PogoPlug. 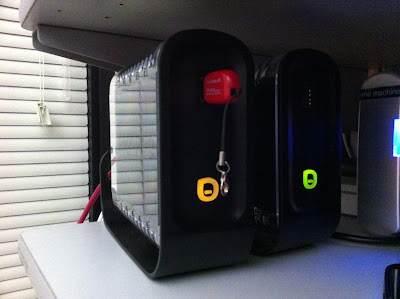 This originally retails for $99. In fact, it is a pretty good NAS/File Server/Host your own private cloud solution. This device basically allows you to load up a bunch of USB drives and share them out in your own private cloud. I use one as a private DropBox. I have about 20 portable 2.5" USB drives and dozens of USB sticks that have a place to go for gadget retirement.
I primarily use it as a my remote backup device for my Android and iOS smartphone/tablet.

Whenever, I take a picture on my iPhone or Galaxy Nexus, my photos and videos are automatically synched. Another good feature is the ability to share out files like dropbox or box.net.
Hence, I think it is a worthy product.

Now, this is where all the fun begins! I installed ArchLinux, a full LAMP (Mysql/PHP) server, rsync, GIT server, and netatalk on one device. You can't go wrong with $20! I have my servers background backup to this device. It makes a fantastic low-power MySQL replication server.

Total time to setup is about half an hour. I even have webmin running one. I once brought one of these on-site on a job and everyone was giving me the "WTF" stare and when I said my MySQL database on was on it, everyone had a good laugh. 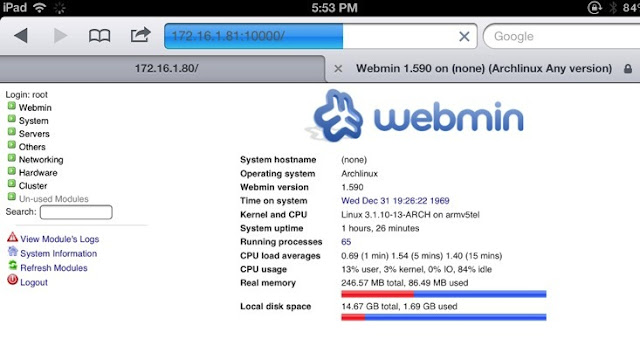 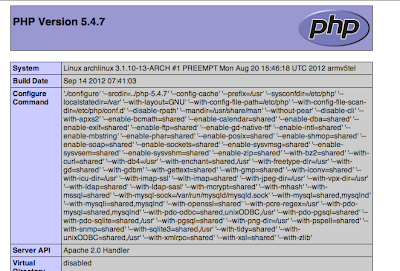 After installing PHP, I was surprise to find out I could install stuff like wkhtmltopdf ( as webkit engine to convert HTML webpages to PDF). Seriously, I could use this a dev LAMP server. I wonder how my clients would react if I brought one in during a demo.

So there you have it. I won't go into the details of what you can do with some of these devices. There are countless forums and tutorials on them.

So the next time you see some discontinued tech gear in the $20 bargain bin, give it a second look. If it runs an ARM architecture and Linux, there is a great chance it can be hacked.

Posted by fortysomethinggeek at 9:29 PM